AMD announced the Radeon RX 5500 graphics card series back in October and they are finally ready to hit the market. These cards have been highly anticipated for the entry-level gaming market as they harness and are built using 7nm process technology. The Radeon RX 5500 series was developed by AMD to be the ideal solution for high-performance, high-fidelity 1080p gaming PCs. The AMD Radeon RX 5500 series consists of a few different parts for both, but one card in particular will matter the most for our readers and that would be the Radeon RX 5500 XT. 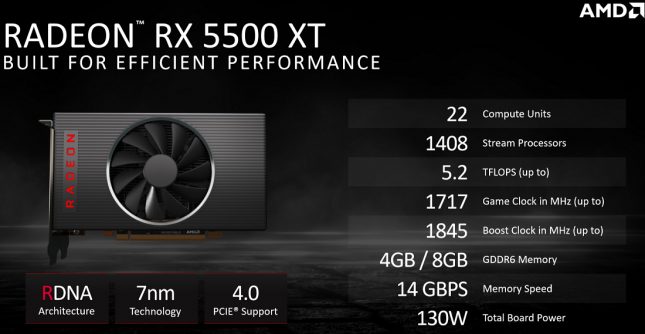 The AMD Radeon RX 5500 XT is available with 4GB of GDDR6 memory for $169 or with 8GB of GDDR6 memory at $199. Those are of course Suggested Retail Prices (SRP) from AMD and AIB pricing will be set accordingly. Despite the amount of RAM that you go with, the 5700 XT features the NAVI 14 GPU with 1408 stream processors enabled in 22 CUs or compute units. It also packs 88 TMUs and 32 ROPs with clock speeds rated at 1670 MHz base, 1717 MHz game, and 1845 MHz boost clocks. The card manages to deliver up to 5.2 TFLOPs of compute performance at 130 Watts of Total board power. The GDDR6 memory featured on both capacities run at 14 Gbps across a 128-bit bus interface, delivering a cumulative memory bandwidth of 224 GB/s. 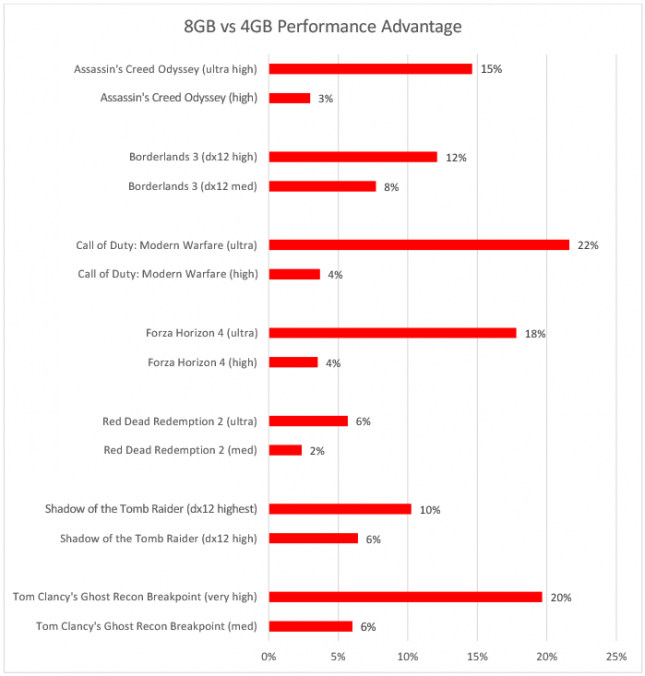 The above slide was provided to reviewers to show the gaming advantage to having 8GB versus 4GB of frame buffer on the AMD Radeon RX 5500 XT. AMD informed Legit Reviews that these tests were completed at 1080P on an AMD platform powered by the Ryzen 5 3600X processor. AMD notes that the extra frame buffer can allow for higher image quality modes to be enabled that were not necessarily playable before on the 5500 XT 4GB configuration. 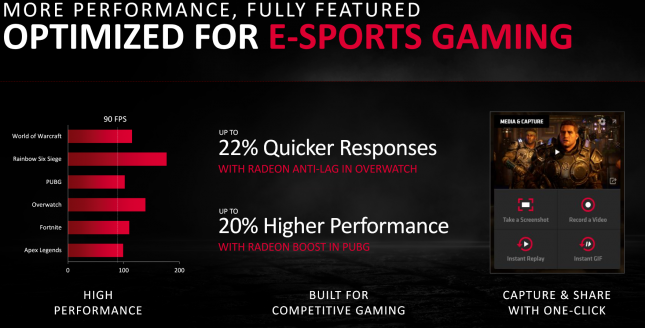 Many gamers are streaming their gameplay these days and being able to stream is a big deal. The Radeon RX 5500 XT uses the same exact media engine for encoding and decoding as the Radeon RX 5700 XT. This card paired with Radeon Software Adrenalin 2020 will allow streamers to capture and share content smoothly! 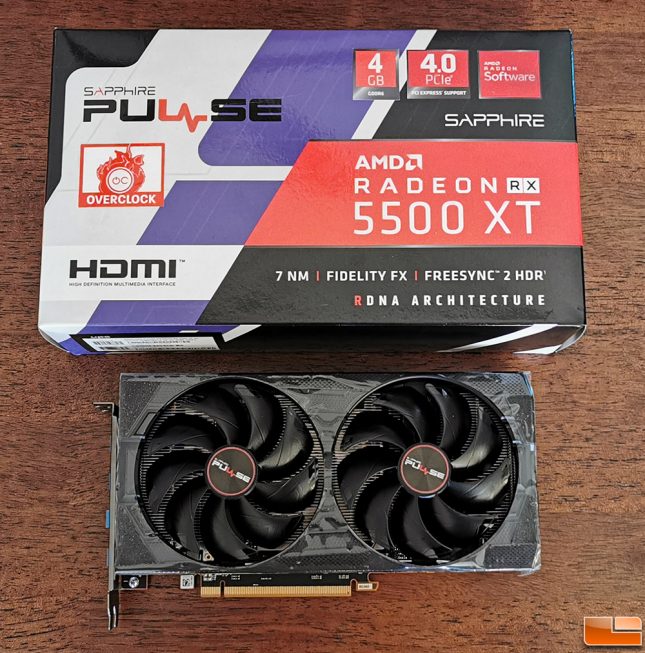 So, what card did AMD send over for testing? We were sent the Sapphire Pulse Radeon RX 5500 XT 4GB model for testing. This is the base entry-level 5500 XT model that should be available for around the SRP of $169. 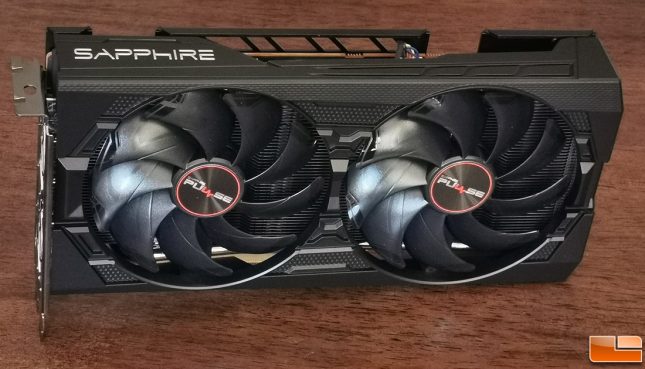 On the front of the card you’ll notice the pretty standard Sapphire Dual-X GPU cooling solution that has Sapphire’s Zero dB cooling feature. This means the fans don’t spin until the graphics card is under heavy load, so at idle the card is silent. 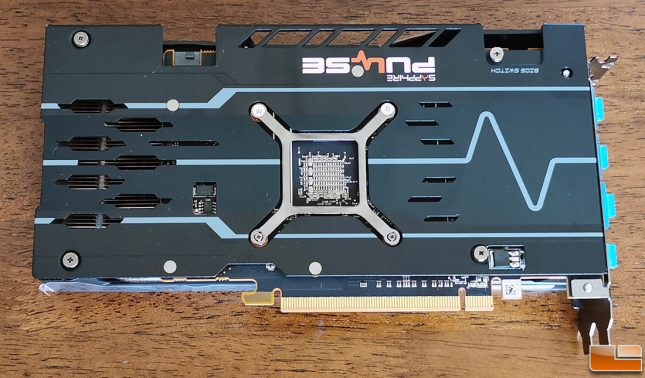 If you look close you’ll notice that the black PCB is fairly small on this card, but the GPU cooler and backplate extend beyond this. It looks like Sapphire wanted to beef up their Dual-X cooling solution. The pattern and slots in the black backplate look good, but the main function of the backplate is to protect the components on the card, look better and add some structural integrity to the PCB. 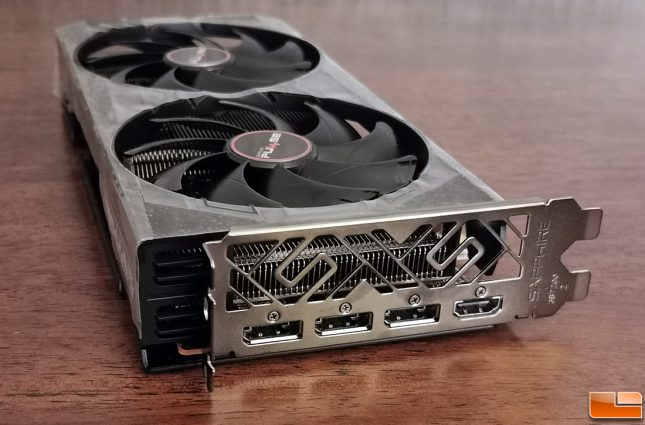 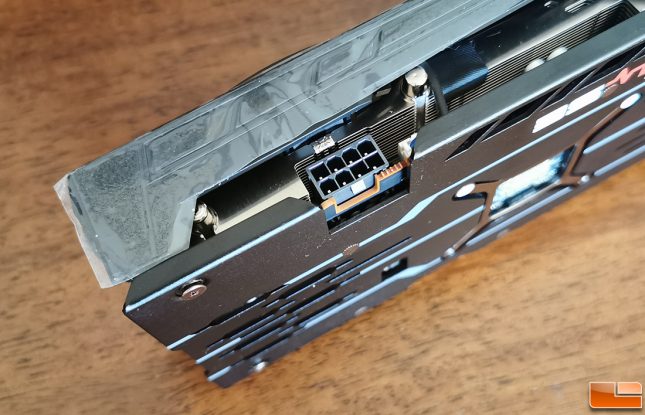 Along the top edge of the card you’ll find a single 8-pin PCIe power connector on the end of the card and over by the I/O bracket there is a BIOS selector switch.

Let’s take a quick look at the GPU test system and then dive straight into the benchmarks!