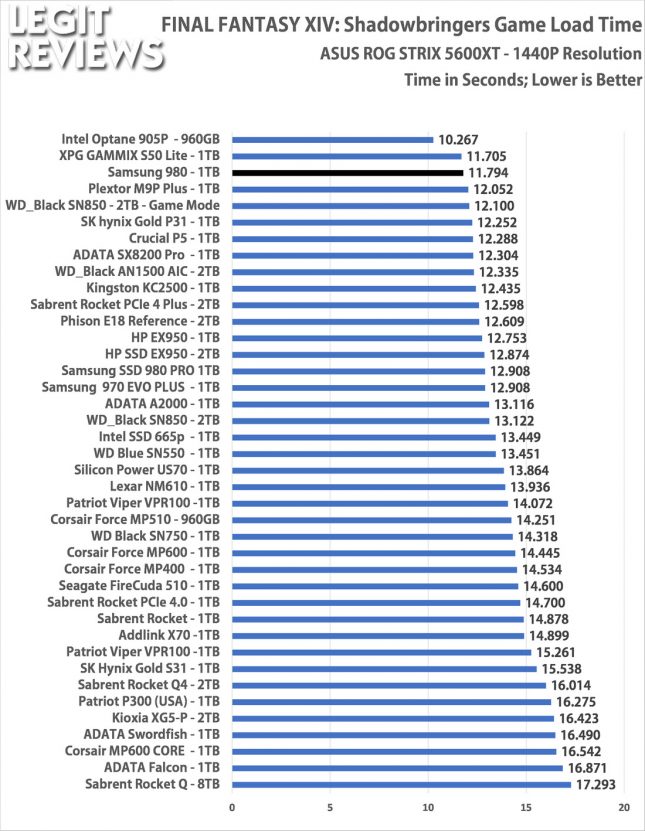 Benchmark Results: When it comes to game load times you are looking at around 11.794 seconds and that is one of the best scores that we have ever seen on this test system.