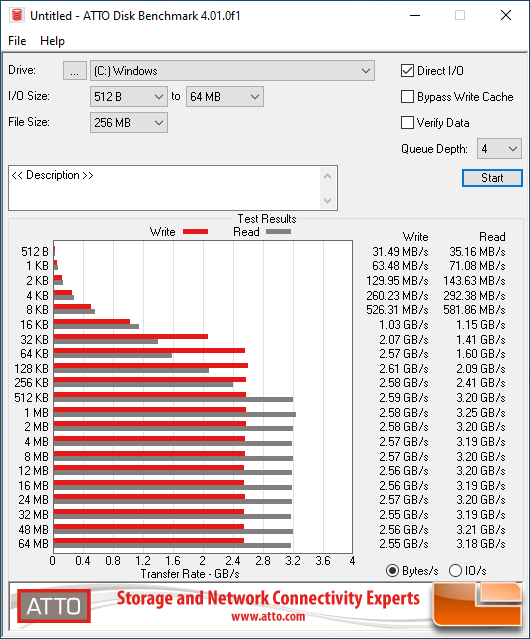 Benchmark Results: On ATTO Disk Benchmark the Samsung SSD 980 1TB model is hit speeds of up 3.25 GB/s read and 2.61 GB/s write as our primary boot drive filled to 55% capacity. 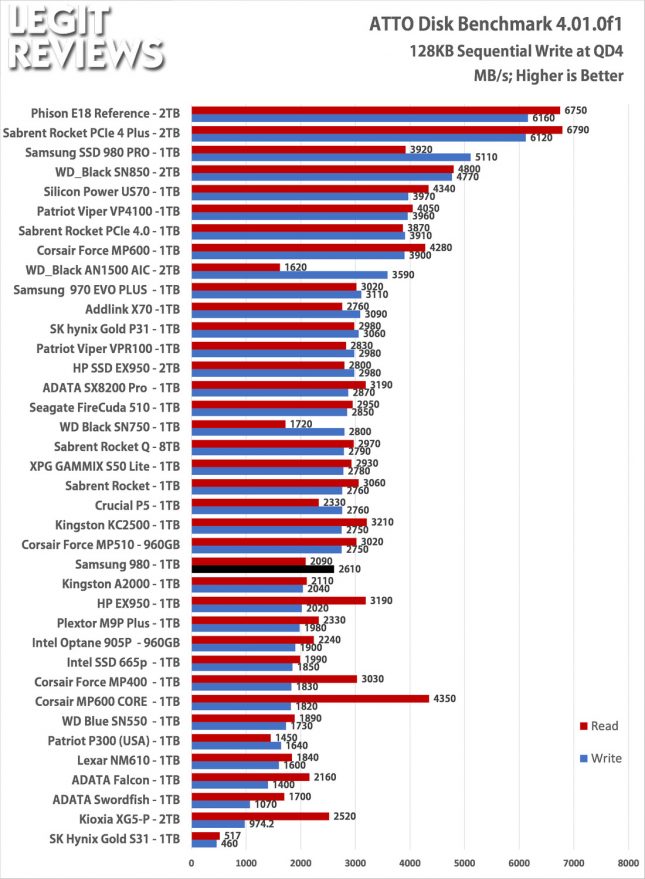 Benchmark Results: If you look at 128KB performance the Intel SSD 670p 2TB drive performance comes in the middle of the pack. 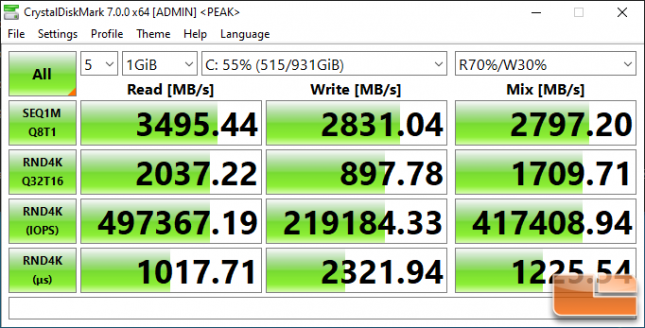 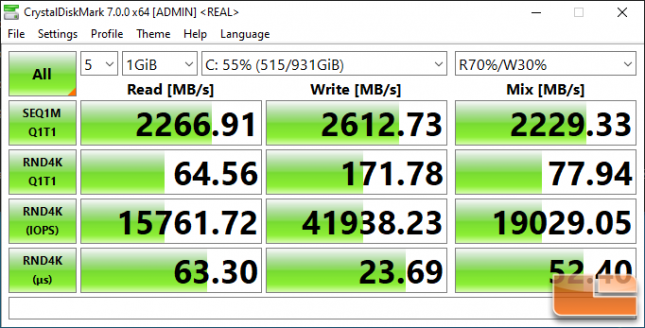