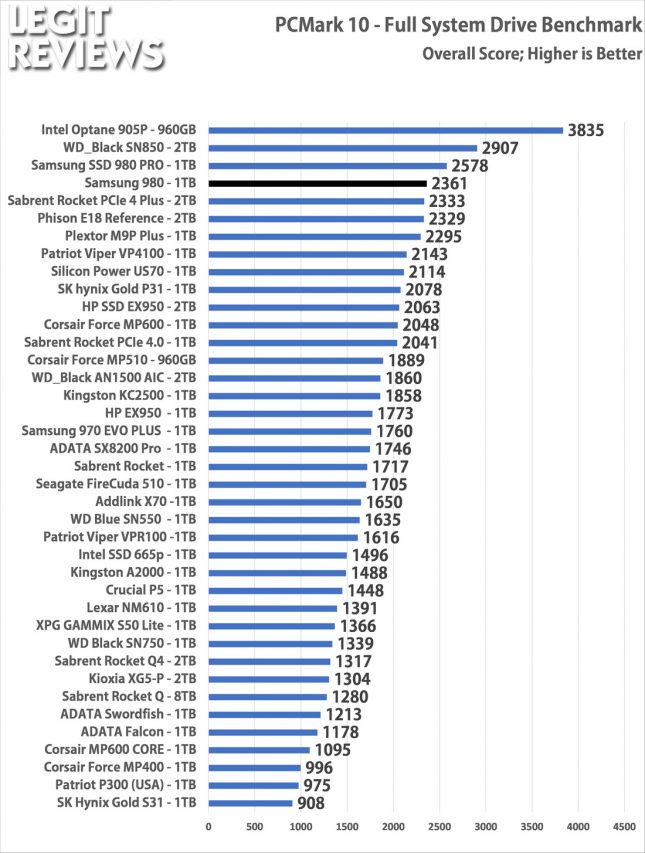 On the full system drive benchmark the results had the Samsung SSD 980 had a very strong showing by scoring 2,361 points. The full system drive benchmark writes over 200GB of data to the drive and we are amazed the this drive is preforming at the same level as some of the high-end PCIe Gen4 SSDs! This result is higher than we expected and makes us wonder how much firmware tuning has been done for this particular workload. 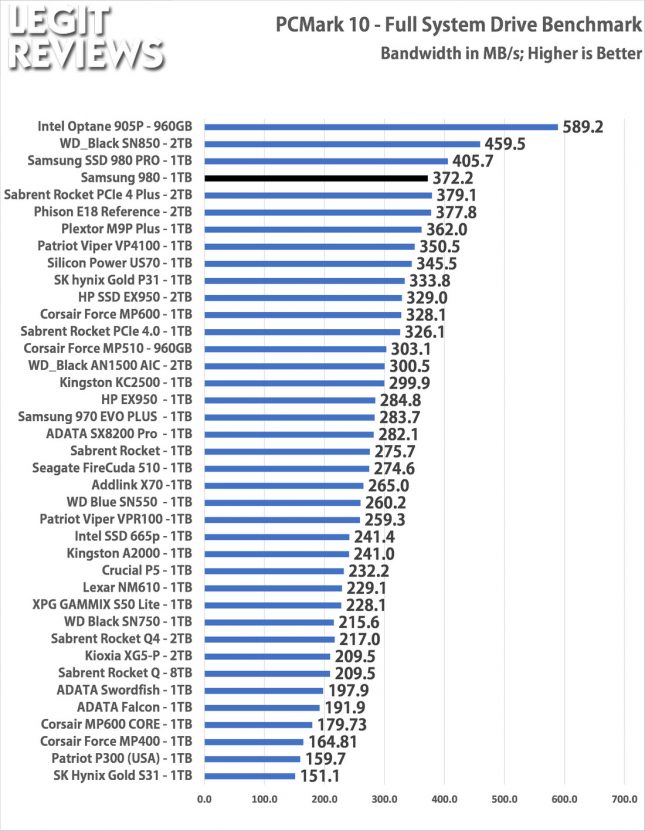 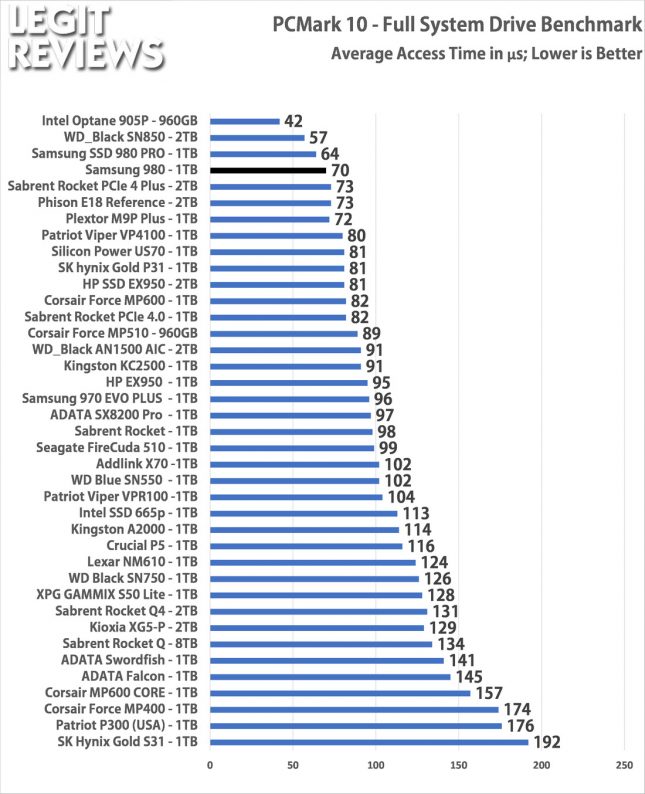 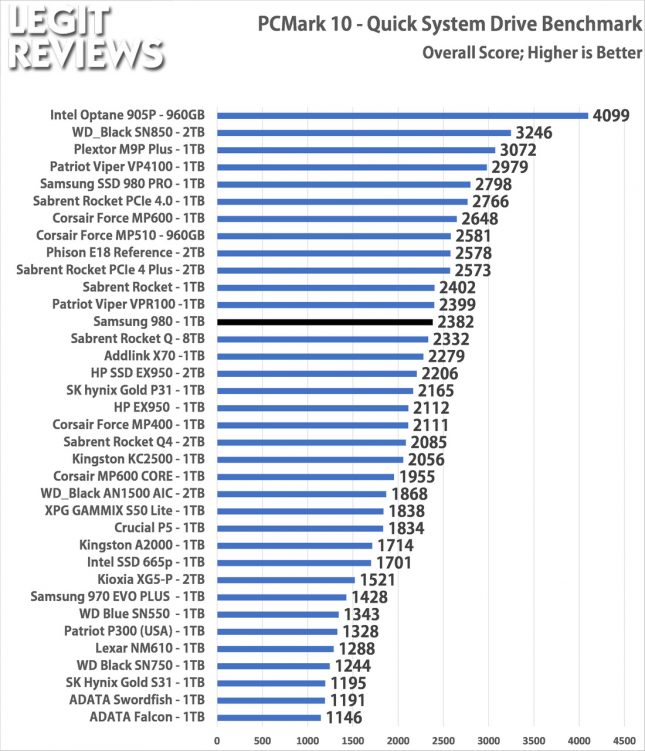 On this lighter workload the Samsung SSD 980 1TB drive dropped back a bit in this test with a score of 2,382 points. This benchmark only writes 23GB of data to the drive over the course of the test, so it is much lighter than the full test. 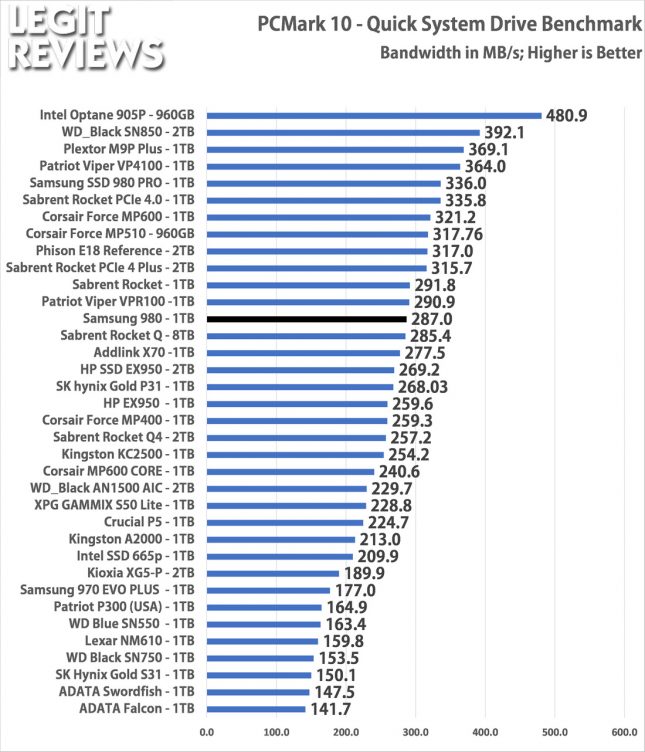 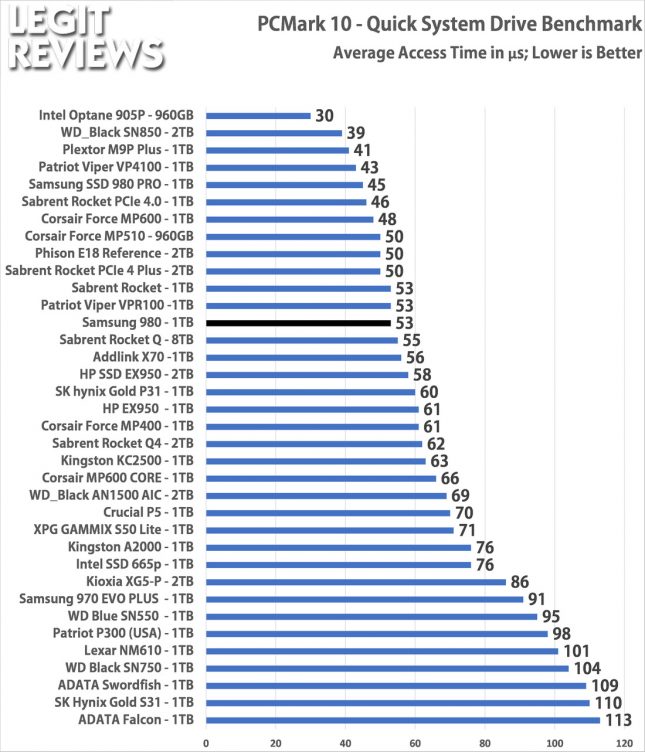 The average access time on the Samsung SSD 980 1TB was 53 microseconds for the quick system drive benchmark workload.