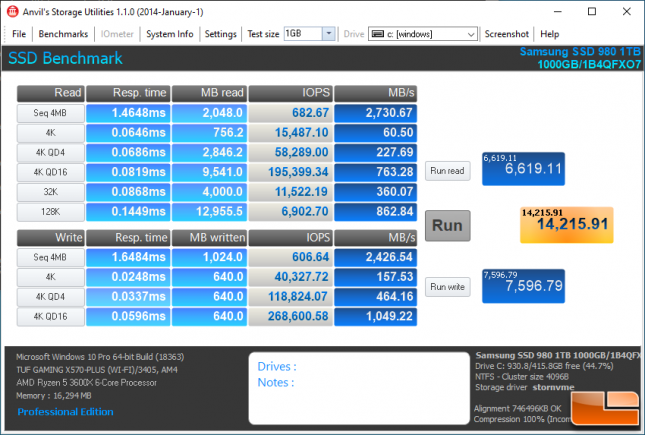 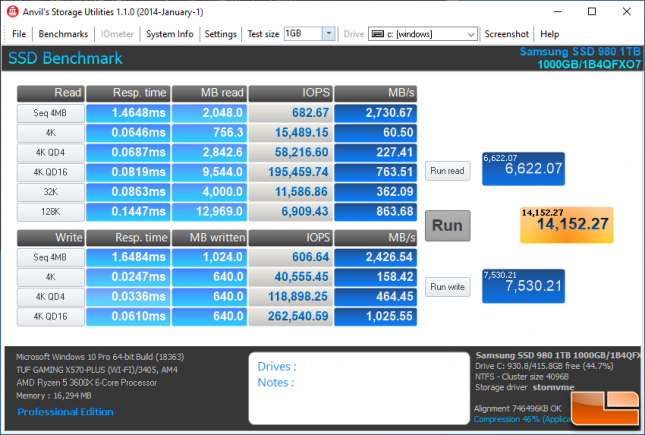 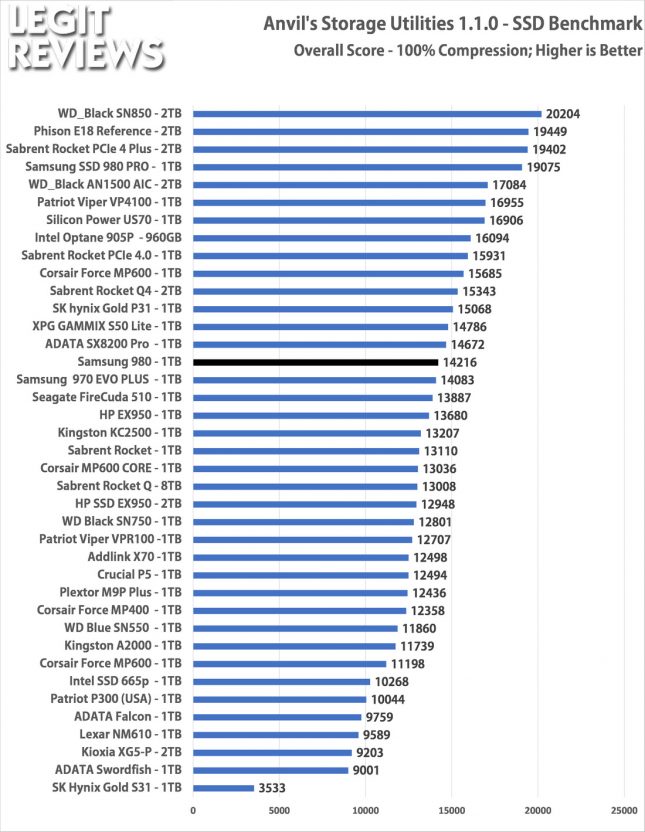 That score puts the Samsung SSD 980 1TB drive in the upper half of the performance chart against many of the most popular drives on the market today.