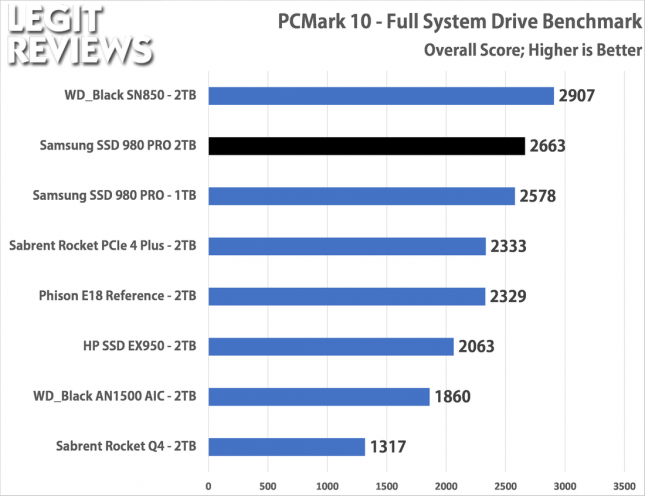 On the full system drive benchmark the results had the Samsung SSD 980 Pro 2TB SSD finishing with an overall score of 2663 points and that is good enough for a second place finish! 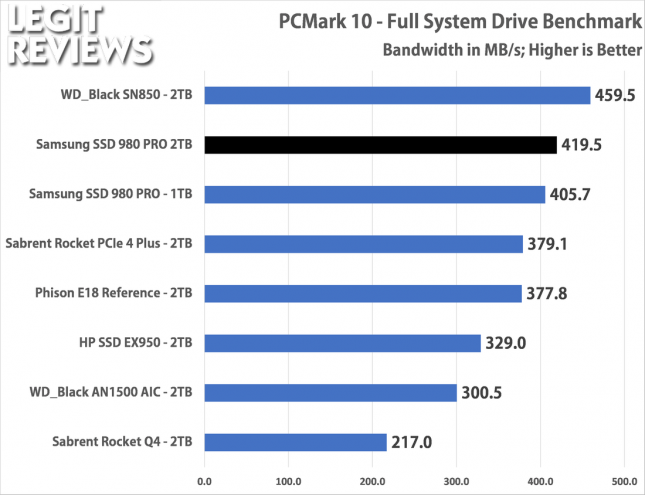 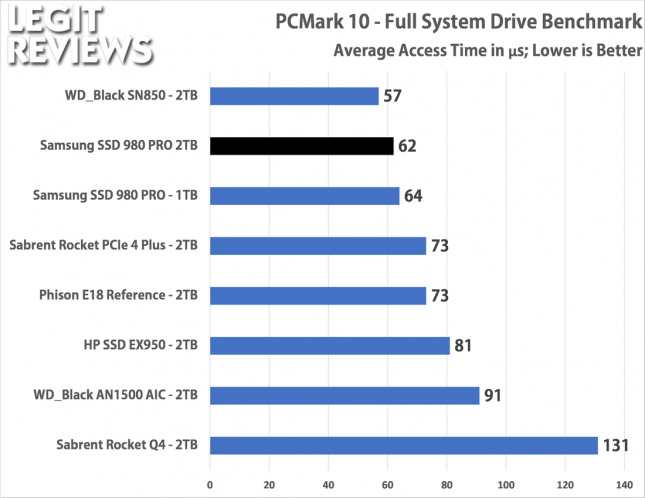