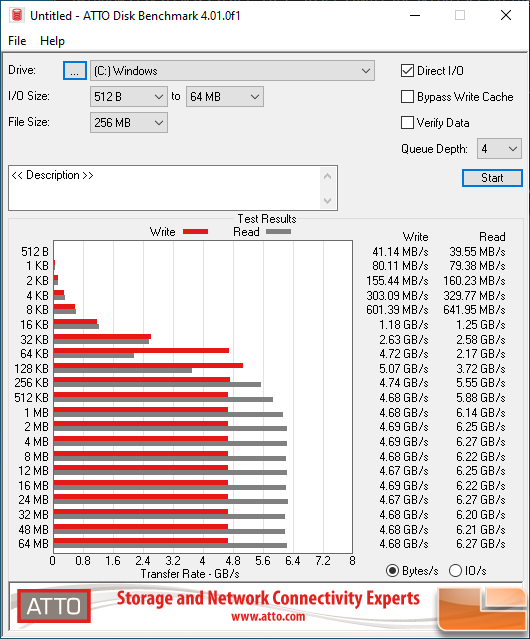 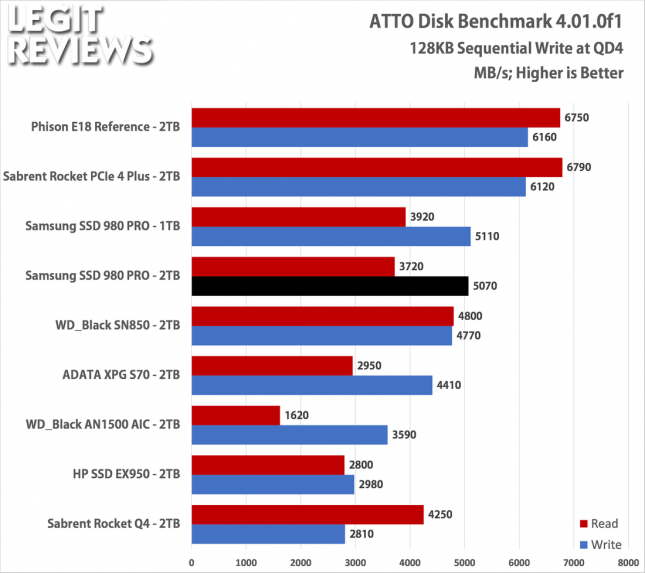 The two drives with the Phison E18 controller top this chart with ease, but the Samsung 980 PRO series is just behind as is the WD_BLACK SN850. 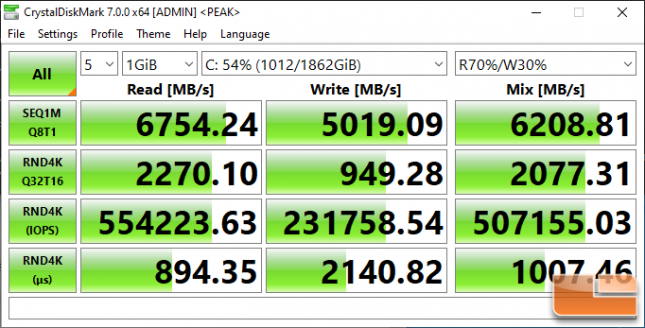 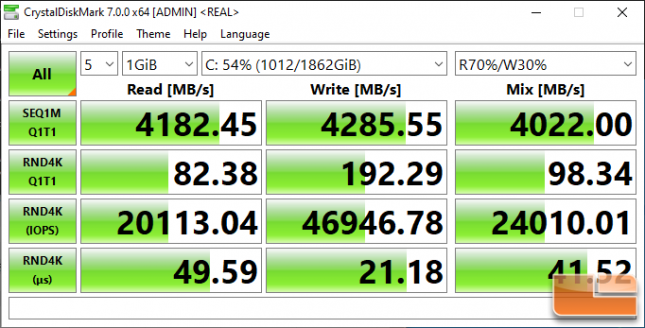