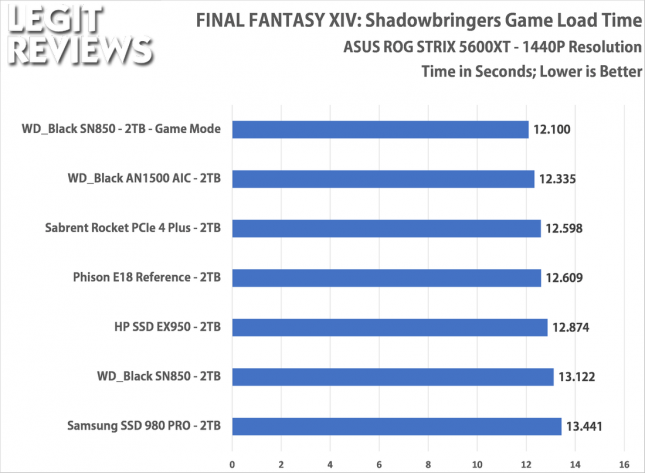 Benchmark Results: When it comes to game load times the performance numbers are pretty close to one another. There is less than a 1.5 second difference between the slowest and fastest drive in the chart above. The Samsung 980 PRO 2TB performance on this benchmark left a bit to be desired, but it was by no means bad.