The readout on CrystalDiskInfo 8.10.1 shows that the Samsung SSD 980 Pro M.2 2280 NVMe drive series supports S.M.A.R.T., TRIM, VolatileWriteCache and uses the NVM Express 1.3 feature set. Our drive was tested with firmware version 2B2QGXA7 installed. In Windows 10 version 1909 the 2TB (2000.3 GB) drive showed up as 1863.01 GB in size. Please remember that 1GB = 1,000,000,000 bytes. A certain portion of capacity may be used for system file and maintenance use, thus the actual available capacity may differ from the labeled total capacity. 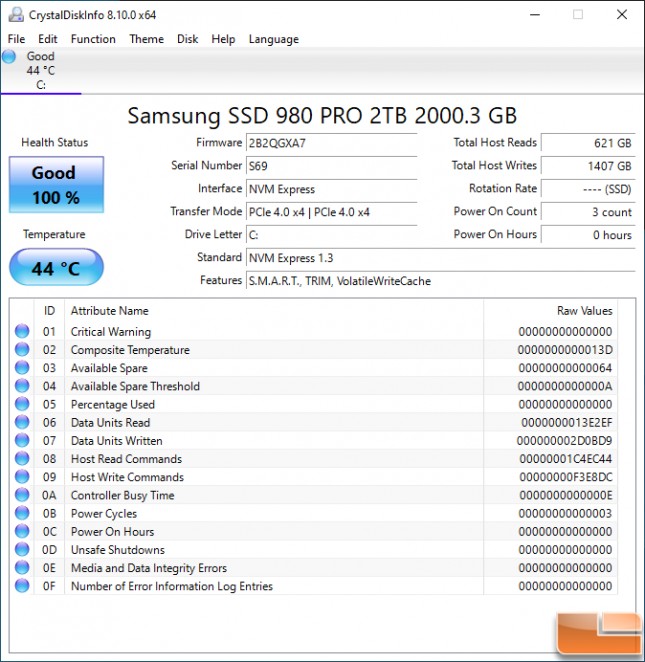 The drive details for the Samsung SSD 980 Pro 1TB SSD are shown below. It shows that the drive has a warning temperature of 82C and the critical composite temperature threshold is 85C. 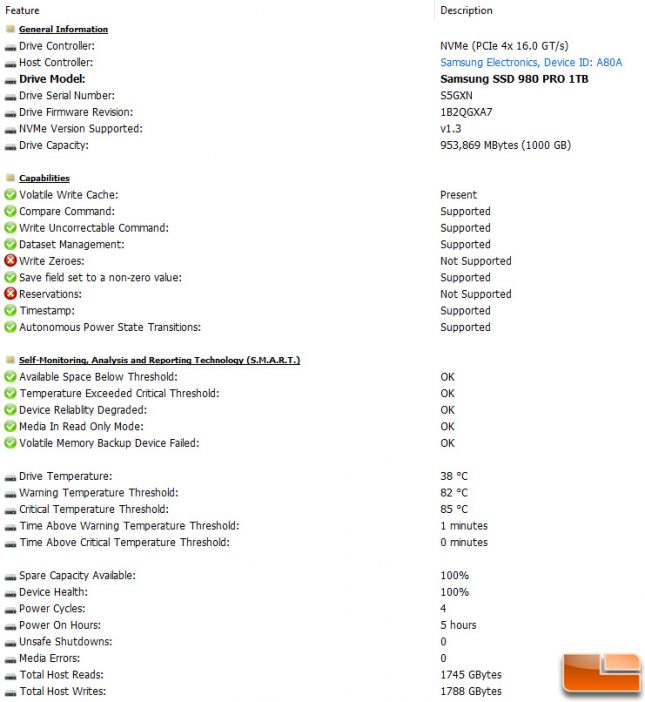