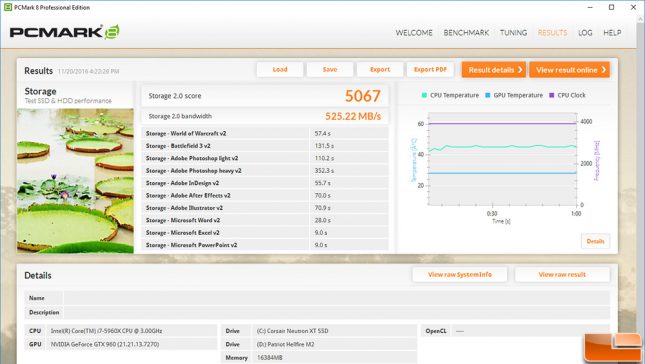 Benchmark Results: When it comes to PCMark 8 performance you are looking at an overall score of 5,067 on the Patriot Hellfire M.2 480GB drive with a bandwidth score of 525.22 MB/s. 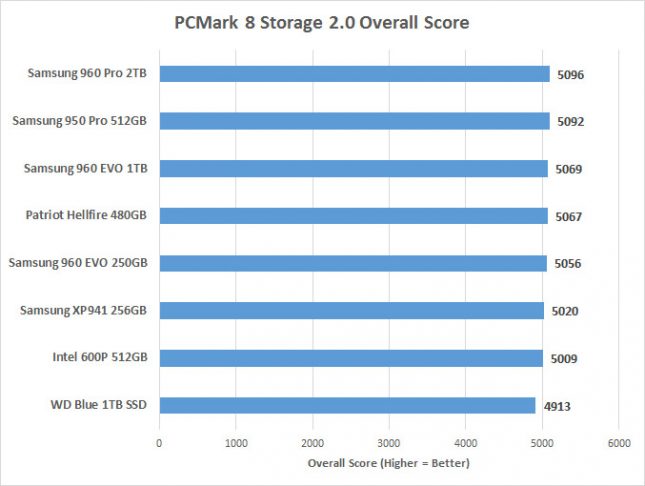 Benchmark Results: This is a pretty solid overall score that basically puts it in the tie with the Samsung SSD 960 EVO 1TB M.2 NVMe drive that just came out in the past month. 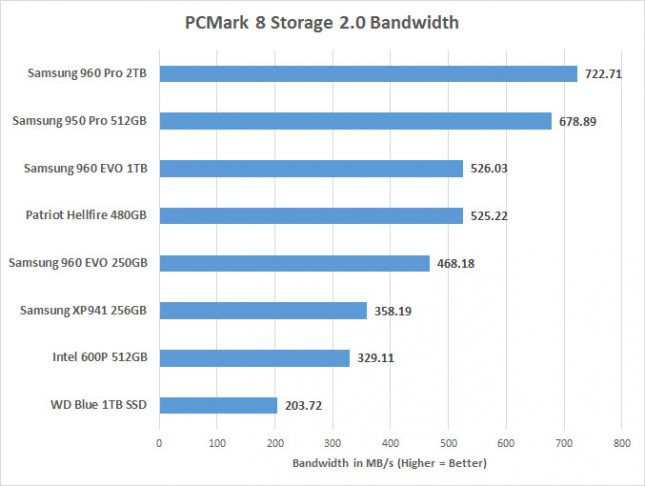 Benchmark Results: We like the bandwidth test results as it shows the total amount of bytes read and written during the test divided by the time the test took. Here you can see that the Patriot Hellfire had an overall bandwidth score of 525.22 MB/s, which actually put it between the Samsung SSD 960 EVO 250GB drive and the 960 EVO 1TB drive. Not bad performance at all as it managed to easily best the Intel 600P 512GB entry-level M.2 NVMe PCIe SSD.