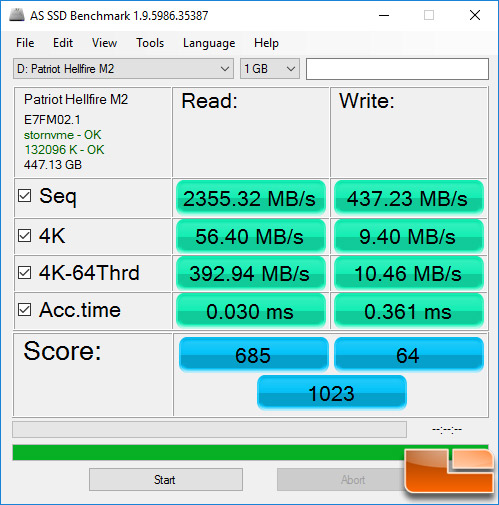 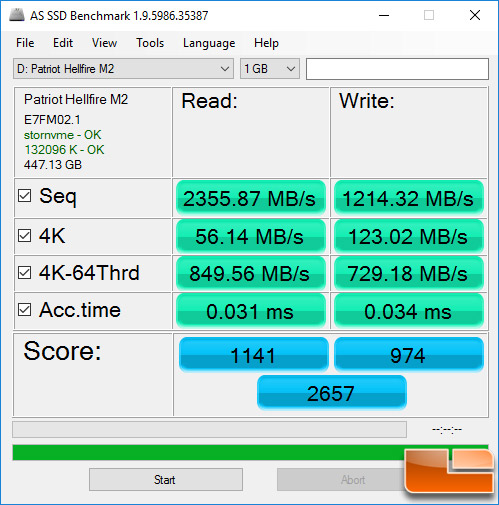 Benchmark Results: AS SSD showed the Patriot Hellfire M.2 480GB drive had an overall score of 2,657 points with sequential read speeds of 2,356 MB/s and 1,214 MB/s write. The score on top is the performance you’ll see out of the box in Windows 10 and then the score below is with Windows Write-Cache Buffer Flushing turned off. 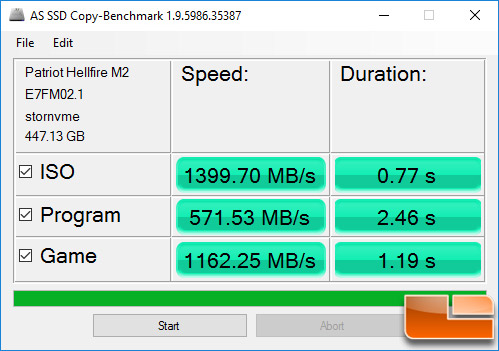 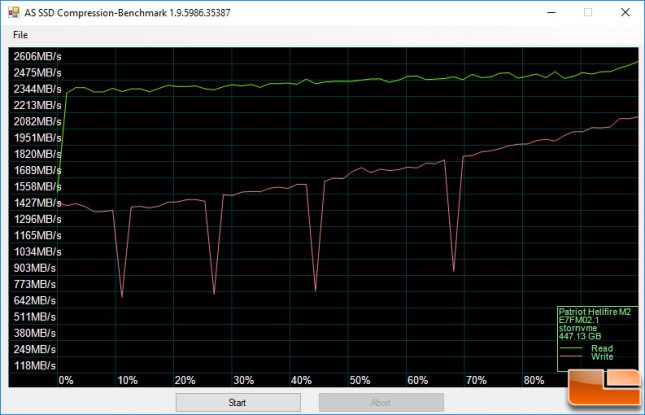