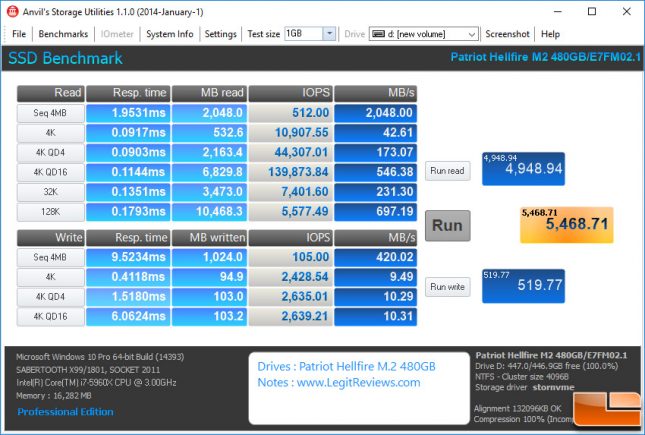 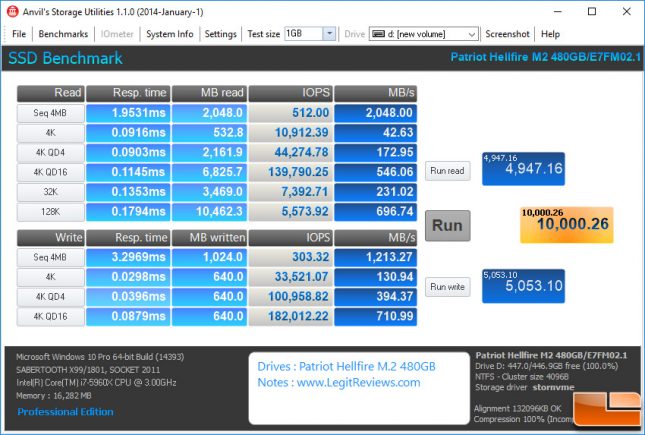 Benchmark Results: The Anvil SSD Benchmark showed that with 100% compression (incompressible data) the Patriot Hellfire M.2 480GB SSD scored 5,468 points with stock Windows NVMe Driver. If you go into device manager and disable the Windows write-cache buffer flushing on the drive that score will improve to 10,000 points even. 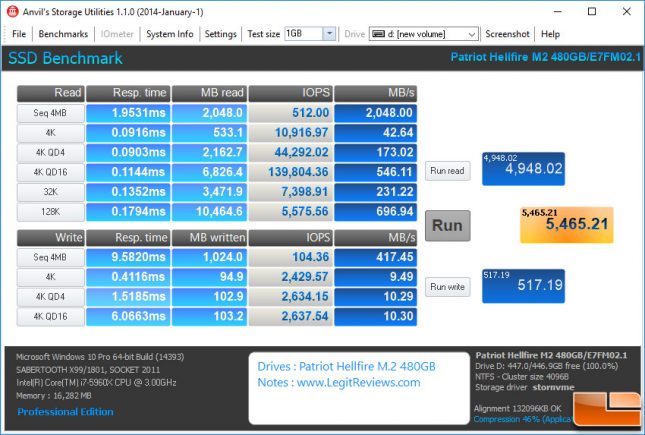 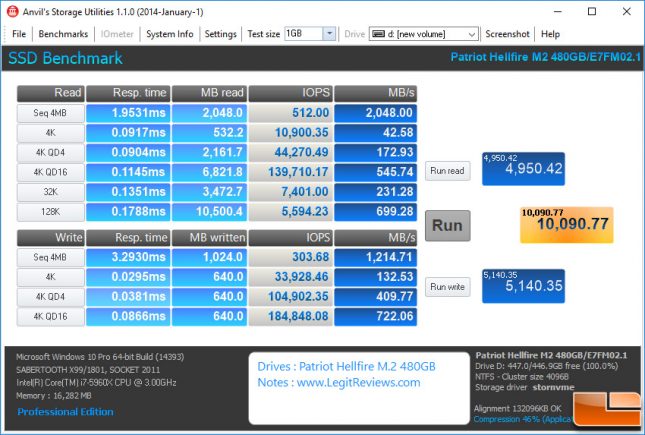 Benchmark Results: With the compression at 46% to help mimic real world applications better we found the overall score stayed the same at the stock settings and actually improved by disabling Windows write-cache buffer flushing. 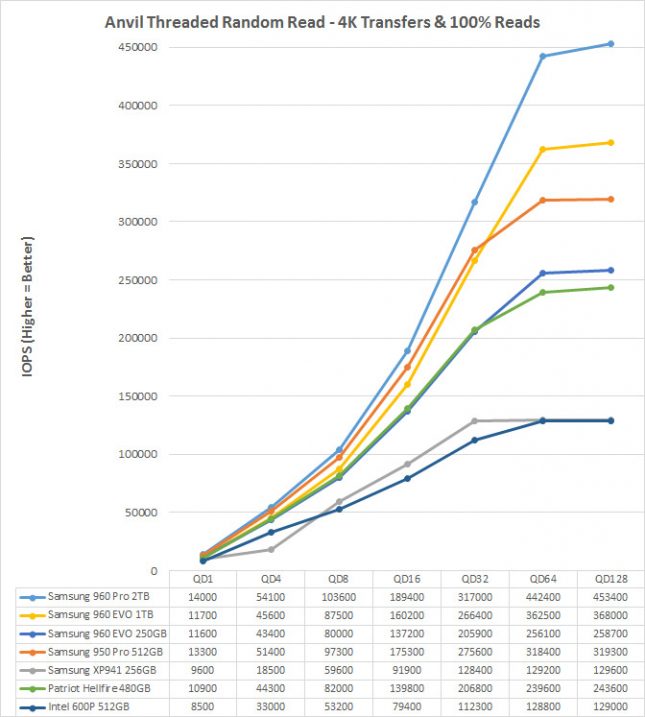 Benchmark Results: We used Anvil to check the 4K QD32 Random Read performance and found we we topped out at 243,600 IOPS, which is well over the drives rated 4K Random Read rating of 170,000 IOPS. The Patriot Hellfire M.2 480GB drive delivered just shy of 11,000 Random Read IOPS at QD1. This is slightly slower than many of the Samsung SSD 960 EVO drives, but it is a step above the Intel 600P 512GB entry-level M.2 PCIe NVMe drive. 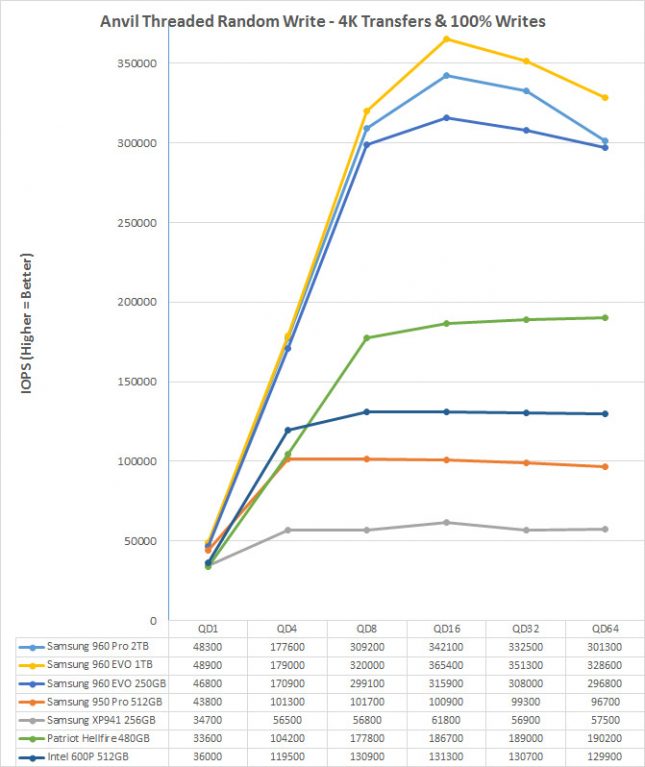 Benchmark Results: When it came to 4K Random Write performance, the Patriot Hellfire M.2 480GB drive topped out at 190,200 IOPS when it is rated for 210,000 IOPS. This is a very respectable score as this drive bests the Samsung SSD 950 PRO 512 GB drive, which was last years flagship M.2 drive from Samsung. The Patriot Hellfire M.2 480GB drive actually lost the QD1 and QD4 tests to the budget friendly Intel 600P 512GB drive, but took the lead by QD8 and never looked back. Most of the Samsung 960 PRO and 960 EVO drives were coming close to 50,000 Random Write IOPS at QD1, but the Patriot Hellfire M.2 drive was down at 33,600 IOPS. That puts the Samsung 960 EVO 250GB drive as having 39% higher QD1 performance with regards to 4K Random Writes.