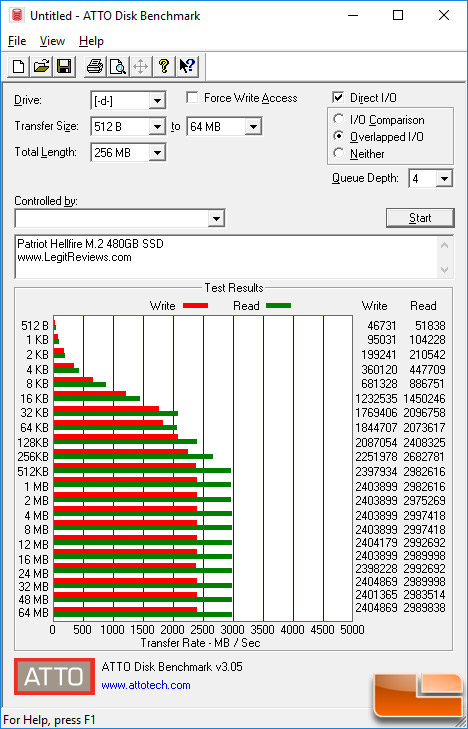 Benchmark Results: ATTO showed the Patriot Hellfire M.2 480GB NVMe drive topped out at 2,997 MB/s read and 2,405 MB/s write in the standard overlapped I/O benchmark. Seeing 3.0 GB/s read and 2.4 GB/s write speeds are among the fastest that we have ever seen before. 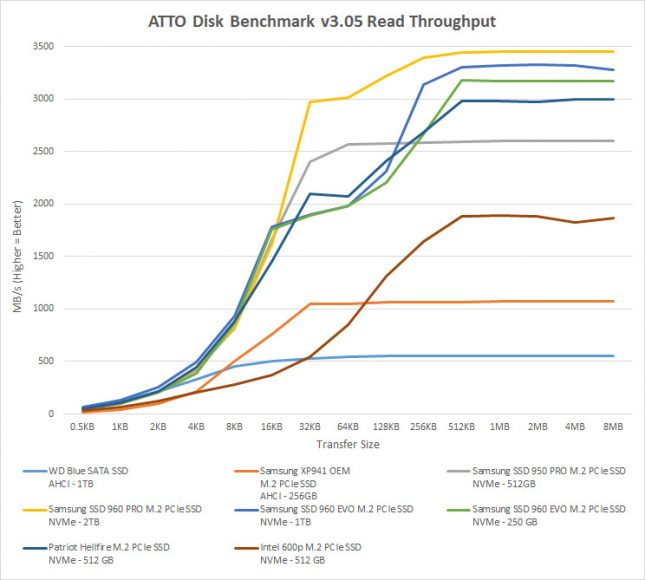 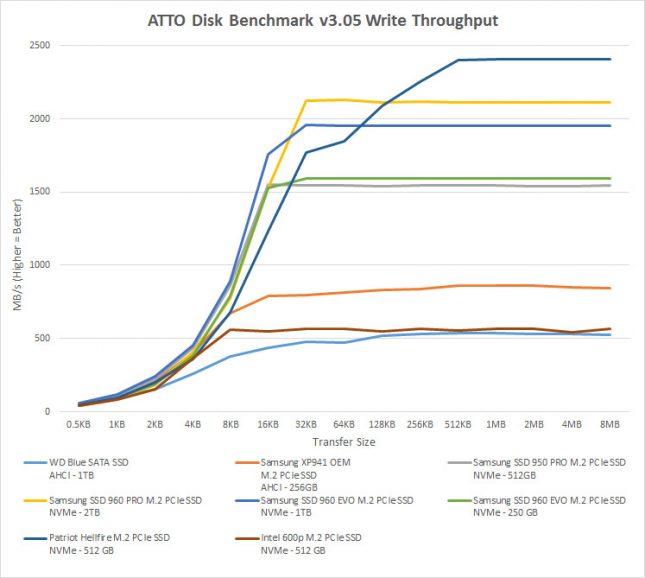 Benchmark Results: When comparing the Patriot Hellfire M.2 480GB SSD to seven other models you can quickly see that it does pretty well. In the sequential read test you can see the Hellfire does well, but doesn’t top out until it reaches the 512KB file size. In the sequential write test it slower than most of the other drives up until about 16KB and then by the 128KB file size it has the fastest sequential write speeds that we have ever seen before from any single consumer HDD or SSD. At the smaller transfer sizes the performance is behind most of the drives.