Let’s take a look at the Patriot Hellfire M.2 480GB drive to see how it handles sustained write scenarios. 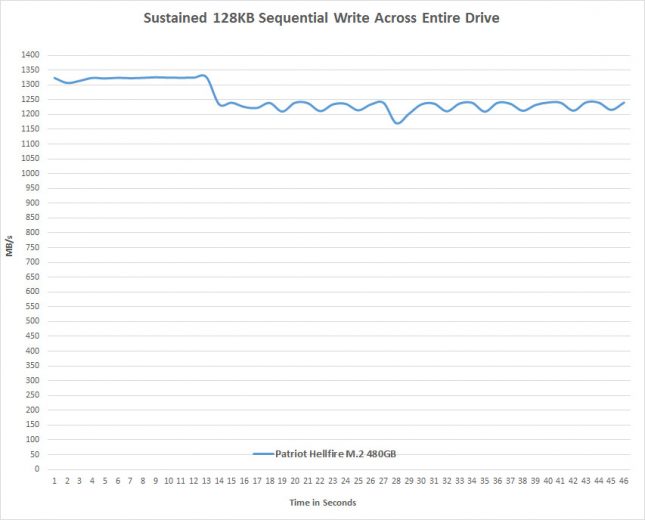 The Patriot Hellfire starts out at around 1320 MB/s sequential write speeds, but after 12 seconds (17GB of writes) the performance dropped roughly 100 MB/s and went down to 1220 MB/s. When you average the test results over the 45 second period that we are focusing on these are the average speeds that you come up with:

Not bad performance as the Patriot Hellfire is one of the fastest SSDs around with regards to sequential write performance. 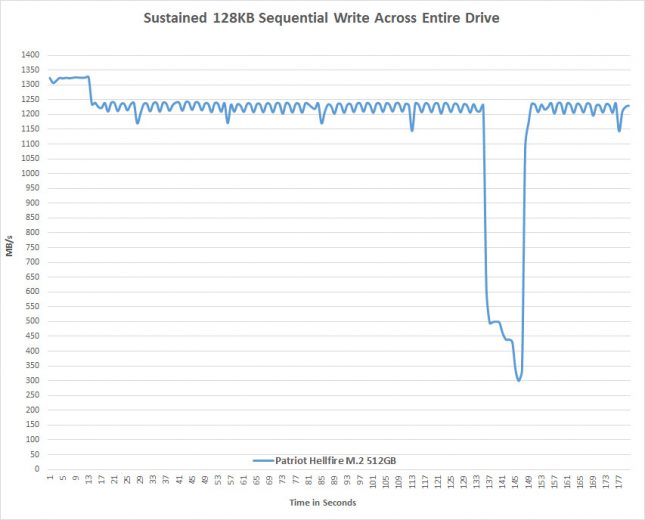 The only problem is that when we take an extended look at performance we noticed that there was a huge drop shortly after 2 minutes (167GB) of sustained writes. Performance went from being over 1200 MB/s before dropping down to 299 MB/s for a short period of time and then recovered only to dip again to a lesser degree near the 3 minute mark. What could be causing this on this MLC NAND based drive?

A quick look at the drives temperatures showed that we were hitting 78C and that was with a 120mm case fan sitting directly on top of the Patriot Hellfire M.2 480GB drive blowing cool air over it. We thought it was wrong, so we took our Seek Thermal camera and used our Galaxy S7 Edge to find that the temperatures on the top of the product label were indeed above 70C. 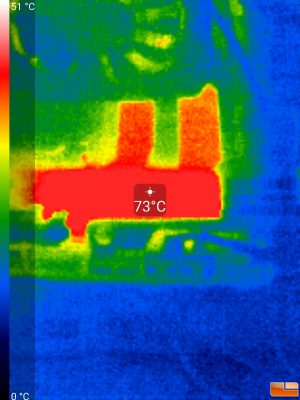 It looks like we could be hitting the thermal limits of this drive, but that number is not given by Patriot as they only say the room operating temperatureshould be between 0C to 70C. This is not an SSD for enclosures with poor airflow or any notebook that we could think of. 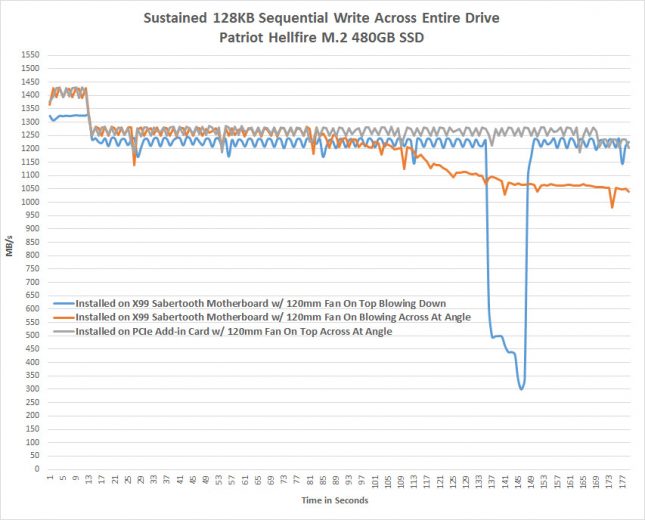 We then tried different fan angles and even placing the Patriot Hellfire M.2 480GB SSD in an add-in card with a 120mm case fan blowing across it and found that in a 3 minute test run all three had performance drips at one point or another. The best solution we found was with the Patriot Hellfire M.2 480GB being installed in an add-in card and having a fan blowing across the drive as the performance only started to take performance hit around the 169 second mark. 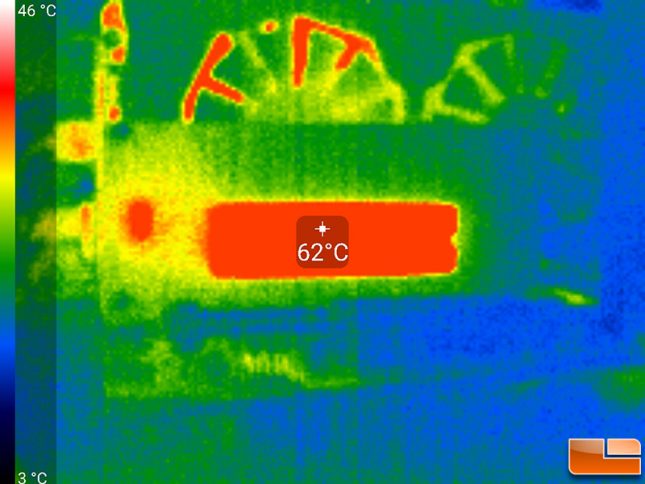 A quick look at the thermal camera showed that we were getting up in the mid 60C range after a few minutes of use, which is better than 78C! You can easily write over 150GB of data to the drive before any thermal throttling ever becomes an issue, so this shouldn’t be a deal breaker. This test is really a worst case scenario test, but regardless this drive runs on the hotter side and we certainly wouldn’t put it in a laptop or a SFF system that has little to no airflow.