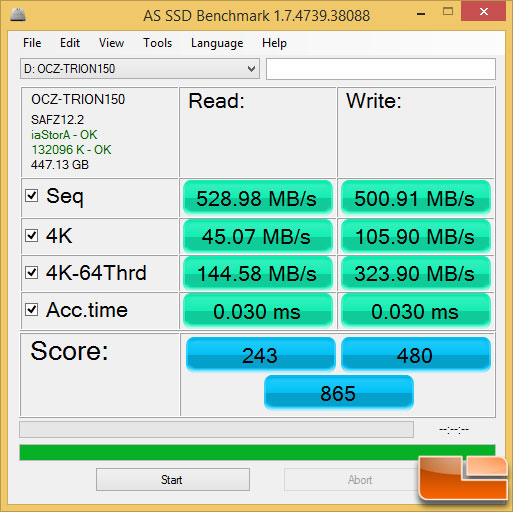 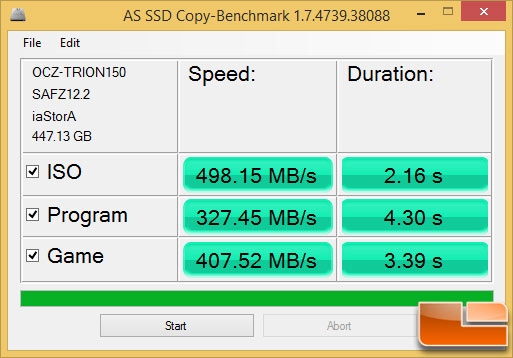 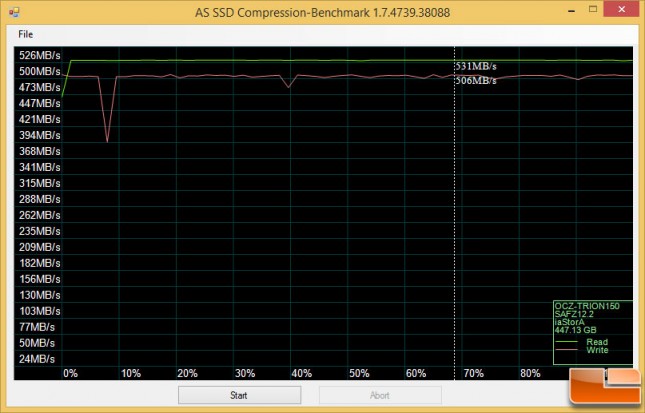 Benchmark Results: For this benchmark chart you would ideally want to see a straight line as you don’t want any compression performance loss as the test goes from 0% compressible to 100% compressible data during the benchmark test period. The OCZ Trion 150 480GB SSD was pretty flat across the drive with just one small dip in the write portion of the test.