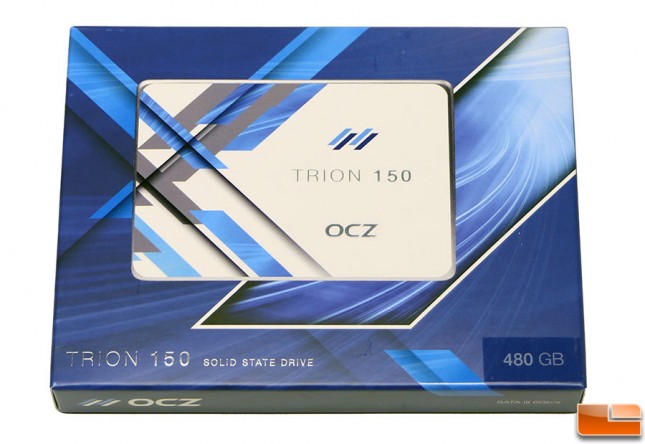 The OCZ Trion 150 480GB drive was found to be a better drive than the original Trion 100 480 GB drive that we reviewed last year. OCZ has improved the real world performance of the drive while also reducing the cost of the drive. The performance of the OCZ Trion 150 480GB drive was still behind that of the slightly more expensive Samsung SSD 850 EVO 500GB drive, but at least OCZ was able to make some improvements. OCZ made huge improvements with regards to controller temperatures and the long periods of writes to the drive. We found a 23% reduction in load temperatures and an 81% increase in performance for a a sustained 45 second write test! That is no small feat, so we are glad to see that OCZ is constantly trying to improve their products. 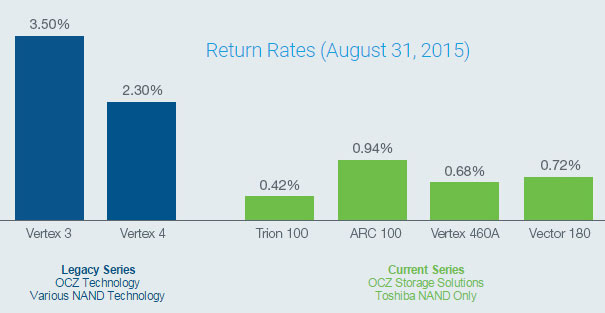 One thing that we’d like to touch on is the failure rates on the original OCZ Trion 100 series drives. If you look at the Newegg user reviews it appears that a number early adopters of the Trion 100 series drives saw a higher than normal failure rate. We asked OCZ about the performance and reliability concerns that some might with the new Trion 150 series since it has the same endurance rating and warranty length. Here is the statement that OCZ gave us:

“When the OCZ Trion 100 series first went on the market there was a higher than normal return rate due to a bug in the firmware.  A firmware update was released in September 2015 and since then the return rate dropped.  We put our return rate info on our website:  http://ocz.com/consumer/quality. We believe the reviews you see on Newegg are from customers that didn’t update their firmware. We learned and listened to the customer’s and reviewer’s feedback on Trion 100 which impacted how we approached the architecture of Trion 150 plus it comes with our ShieldPlus warranty so we are not expecting a high failure rate on this drive.”

The OCZ Trion 100 did receive Firmware Update 11.2 on September 15th, 2015 and it fixed a bug fix and some code improvements, so that might have helped turn things around. OCZ hasn’t updated their web sites return rate data in over six months, but the last numbers show the Trion 100 having the lowest return rate of any recent OCZ SSD series. That is confusing though as OCZ confirmed a high return rate before the Septemeber firmware release.

The Samsung SSD 850 EVO 500GB is still the drive for every company to beat. It has faster overall performance, a longer warranty, support for encryption, less power usage and a larger TBW rating for only $13 more. The OCZ Trion 150 480GB drive is without a doubt better than the Trion 100 480GB drive though, so if you want to get an OCZ Trion drive we highly recommend the Trion 150 series!