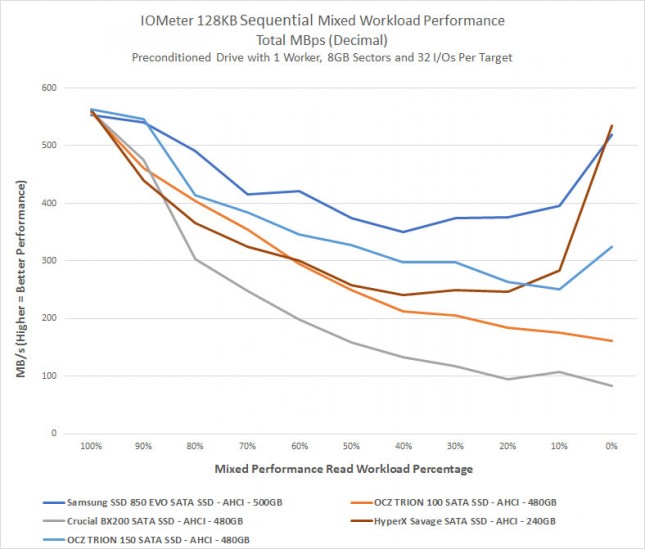 The OCZ Trion 100 480GB drive starts out great in our 128KB sequential mixed workload test with 100% reads, but the performance drops off as writes are added and performance never comes back like we expected it to. The new OCZ Trion 150 480GB drive starts out well and then the performance drops off and comes back by the time the drive is doing full writes again! We finally have soemthing close to the traditional bathtub curve that we’d generally expect to see! The OCZ Trion 150 performed better than the OCZ Trion 100 in every mixed workload scenario although they were close in the popular 80/20 read/write workload test. 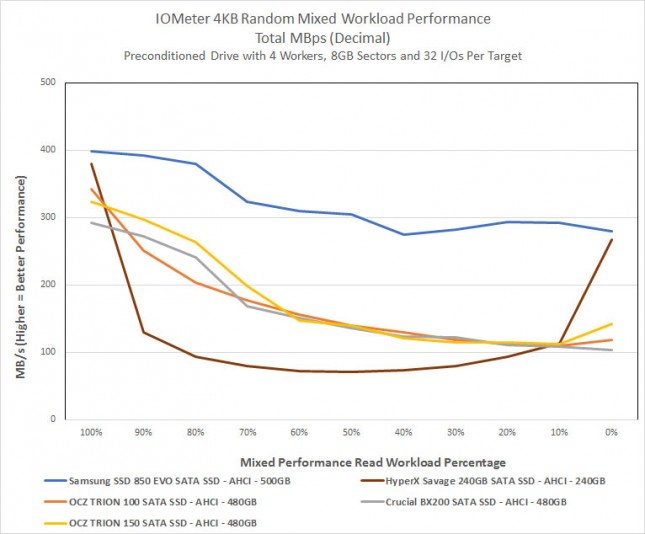