The readout on CrystalDiskInfo 6.7.5 shows that the OCZ Trion 150 480GB SSD support S.M.A.R.T., APM, NCQ, TRIM and DevSleep. The drive we received had firmware version SAFZ12.2 installed and that is the version that we used for general testing and benchmarking. 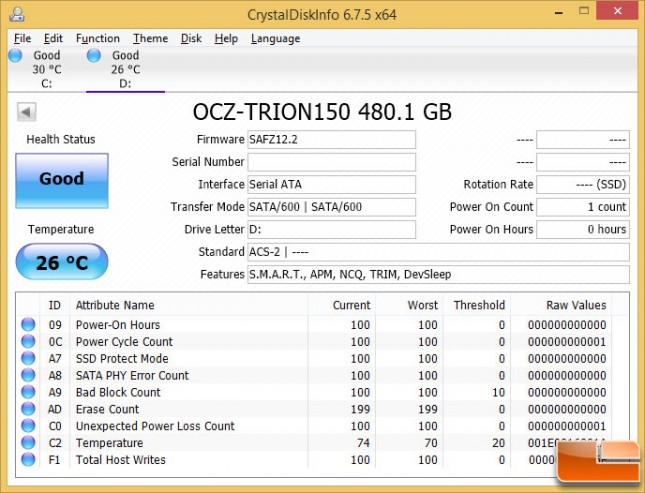