Opening up an OCZ Trion 150 series SSD is very simple as there are no screws that need to be removed and our media sample didn’t have any stickers on it that needed to be broken in order to access the drives internals. We popped open the drive with a small flat head screwdriver and found a full length blue PCB inside that 16 15nm TLC NAND Flash chips on it. 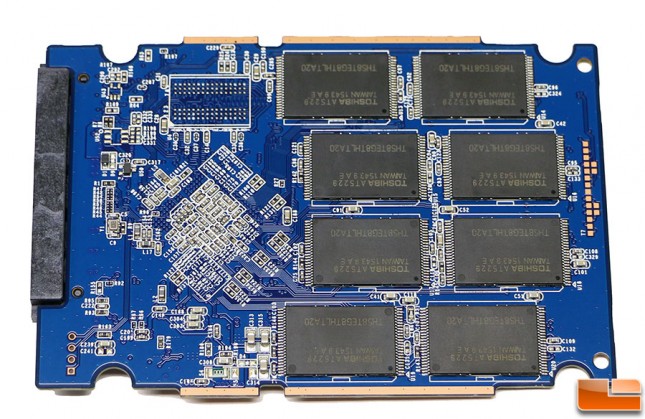 Eight of the 15nm TLC NAND Flash chips are located on the back. 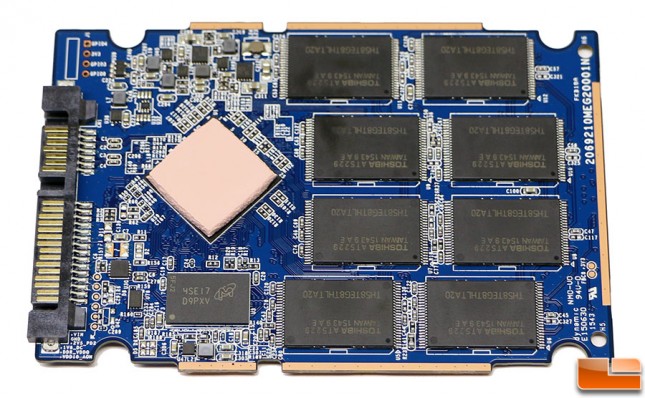 The other eight are located on the front. There is a thermal pad on the Toshiba TC58 SSD controller and below that there is a Micron cache chip. The original Trion 100 shipped without a thermal pad, so it will be interesting to see how temperatures are now!

The Toshiba TC58 controller is labeled TC58NC1000GSB-00 and is a completely in-house designed controller by Toshiba to optimally run TLC NAND Flash. Many believe that Toshiba is using a Phison S10 controller with some firmware that was developed in-house. 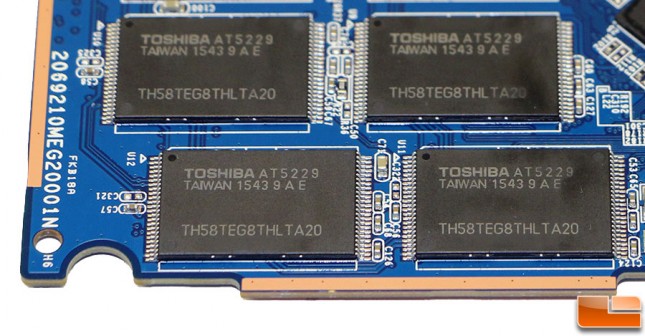 Let’s take a look at some benchmarks and see how this drive does!