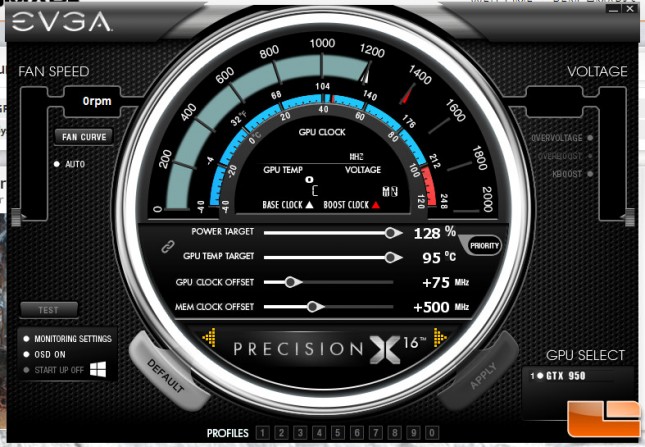 When it comes to overclocking performance we used EVGA Precision X 16 to overclock the three NVIDIA GeForce GTX 950 cards by ASUS, EVGA and Zotac. We did not increase the voltage on the cards and left that alone. We did increase the power target to 128% on each card and then overclocked the core and memory as far as we could on each model before becoming unstable when gaming.

All of the cards turned out to be great overclockers and surprisingly the peak core clock was basically the on all three cards as there was just 7 MHz difference between them. The ‘best’ overclocker in terms of getting the highest clock offset was the ASUS GeForce GTX 950 STRIX 2GB, but keep in mind that it was the slowest clocked card to begin with. We averaged 1542 MHz on the three cards for the peak boost clock when gaming! We saw the greatest difference with regards to overclocking on the 2GB of GDDR5 memory as there was a 600 MHz difference between the fastest and slowest clocked cards of the group. We were shocked by this as all three cards are using identical GDDR5 memory chips by Samsung with the model number K4G41325FC-HC28. These memory chips are rated at 0.28ns (7000MBps) with 1.5V of power, so it appears that some of the companies might be binning them tighter than others or it was just random luck. 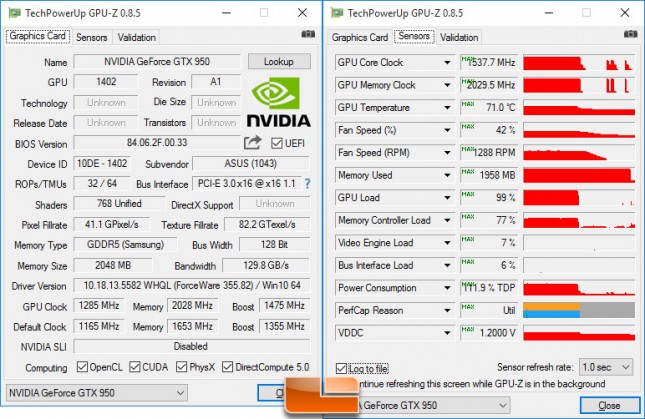 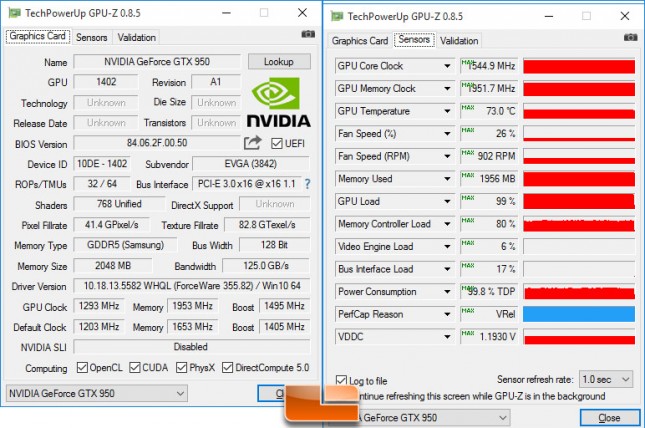 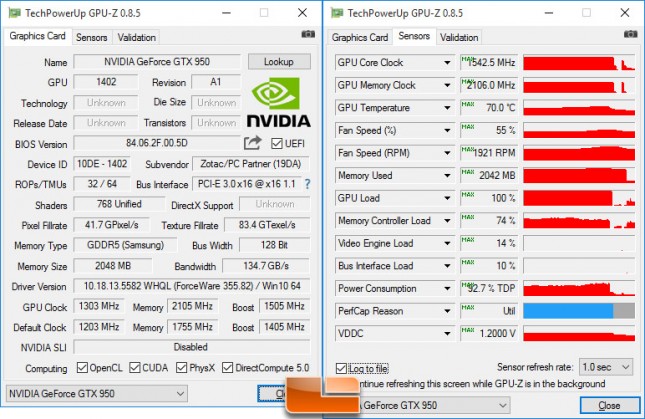 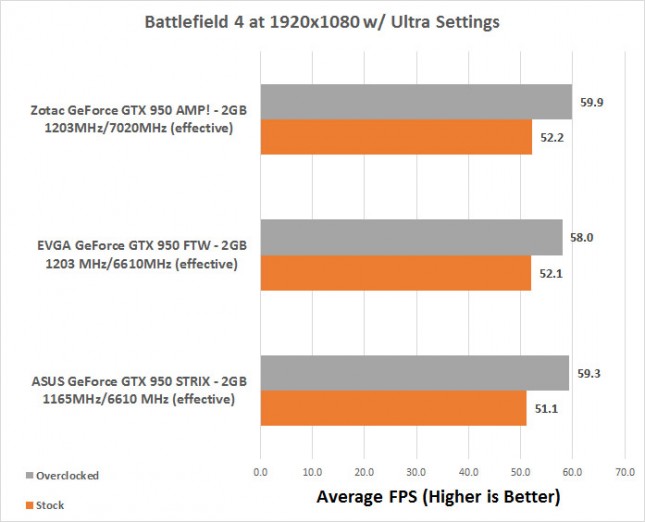 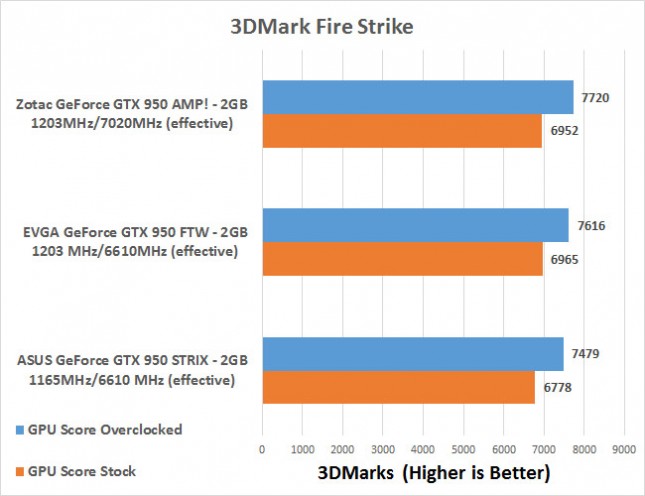 On synthetic benchmarks like 3DMark Fire Strike the GPU test score showed some nice gains were to be had from overclocking. 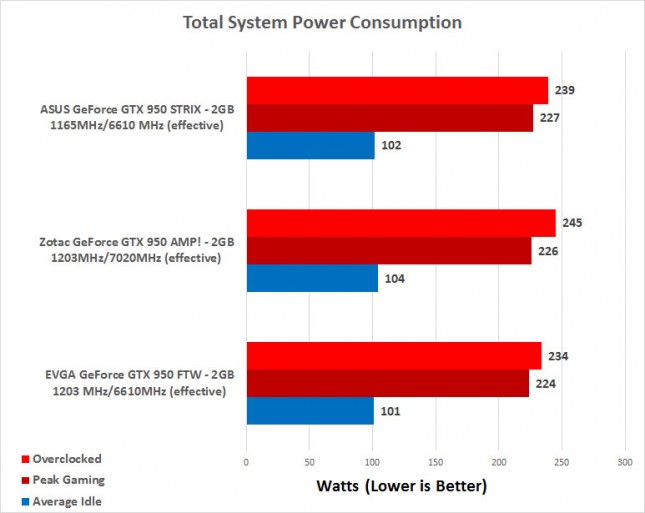 Even though we didn’t increase the core voltage the GTX950 cards used about 10-19 Watts more power, so that overclock will increase the peak power consumption by 4 to 8 percent.

When overclocking the temperature went up by 2-3C on each card and the noise levels also increase ever so slightly. The EVGA GeForce GTX 950 FTW 2GB video card had the highest temperature, but was the quietest card of the group of three GTX 950 cards. The Zotac GeForce GTX 950 AMP! Edition card was the coolest of the card when overclocked, but the fans are running faster than the others and it makes more noise to get the better GPU temperatures.