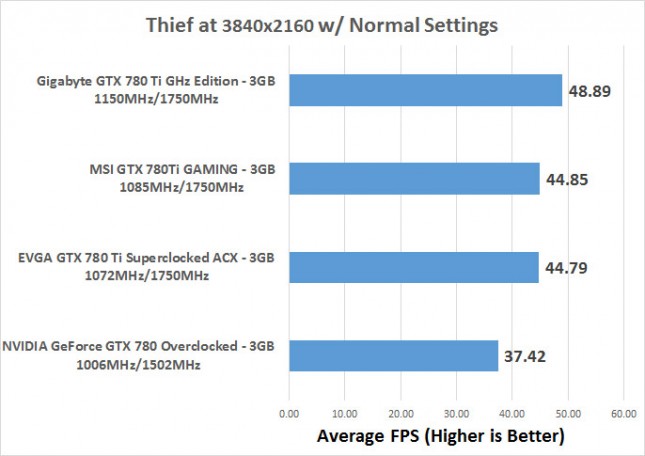 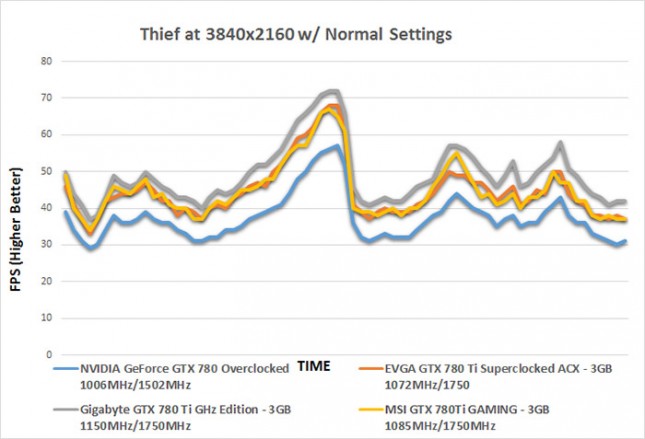 Benchmark Results: The performance over time chart showed that the NVIDIA GeForce GTX 780 dipped below 30FPS a couple times and was slightly slower than the GeForce GTX 780 Ti cards across the benchmark run.