Temperatures are important to enthusiasts and gamers, so we took a bit of time and did some temperature testing on the cards. 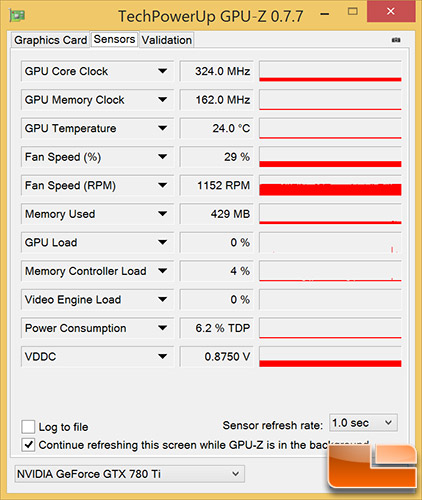 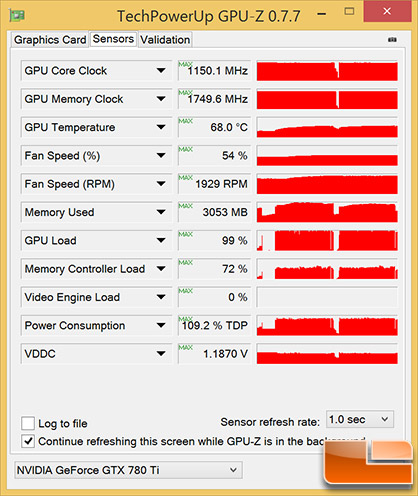 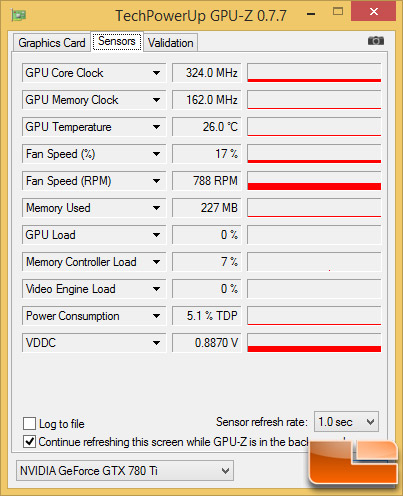 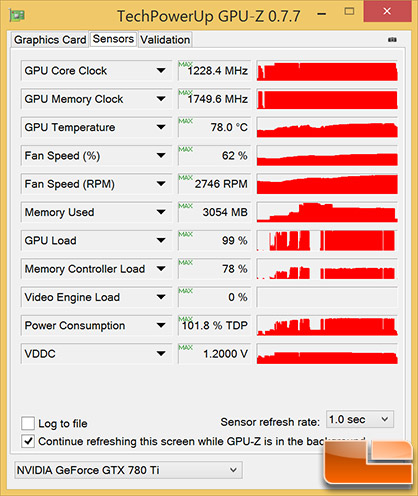 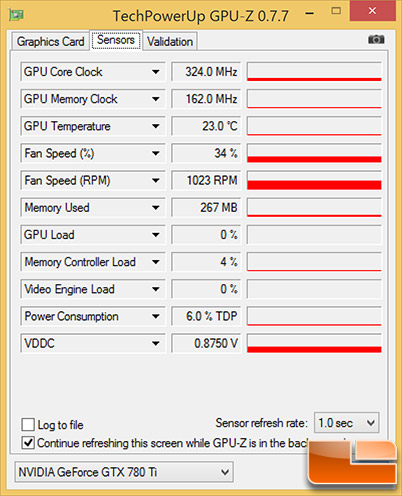 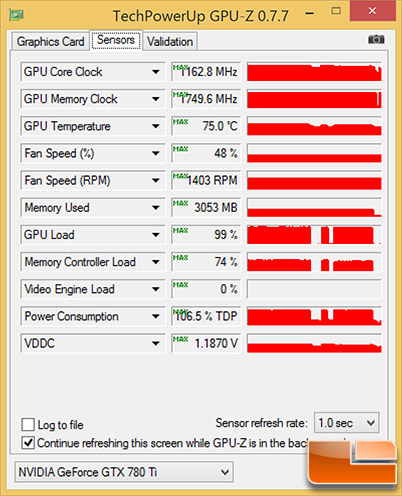 At idle all three GPU coolers were similar and the cards idled at 23-26C. The MSI GeForce GTX 780 Ti Gaming card was 2C cooler than the other cards, so you can say that it had the best idle temperature. GPU-Z shows that the EVGA and MSI cards had an GPU voltage of 0.8750 at idle, which was slightly lower than the 0.8870V on the Gigabyte card. When gaming the EVGA and MSI cards hit 1.1870V, the Gigabyte card hit 1.200V. It is apparent that Gigabtye is running higher voltages across the board to reach the higher clock speeds that come on the Gigabyte GeForce GTX 780 Ti GHz Edition card. The bad news for Gigabyte is that this made their card run the hottest at 78C. The MSI GeForce GTX 780 Ti Gaming came in at 75C and then the EVGA GeForce GTX 780 Ti w/ ACX Cooling came in the coolest when gaming at 68C. The EVGA card is certainly the winner when it comes to load temperatures, but keep in mind the voltage and clock speed differences. 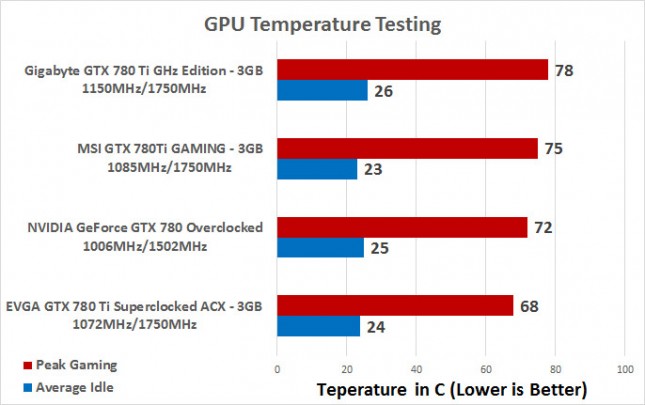 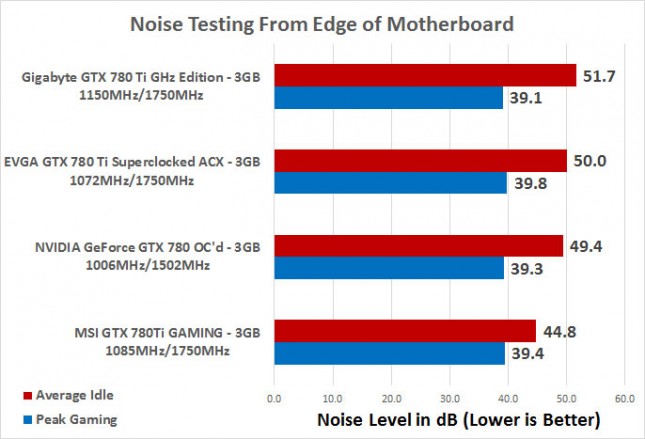 Having low temperatures is nice, but most people are concerned about how loud a video card is in their system. The GeForce GTX 780 Ti cards that we looked at do greatly vary when it comes to gaming load noise. At idle speeds they are all right around 39.5dB and it is though to hear a difference between the cards on an open test bench. All of the cards had a slight touch of choke whine when when gaming, which is pretty common these days. At full lad the Gigabyte GTX 780 Ti GHz edition card was the loudest at 51.7 dB and then came the EVGA and MSI cards.