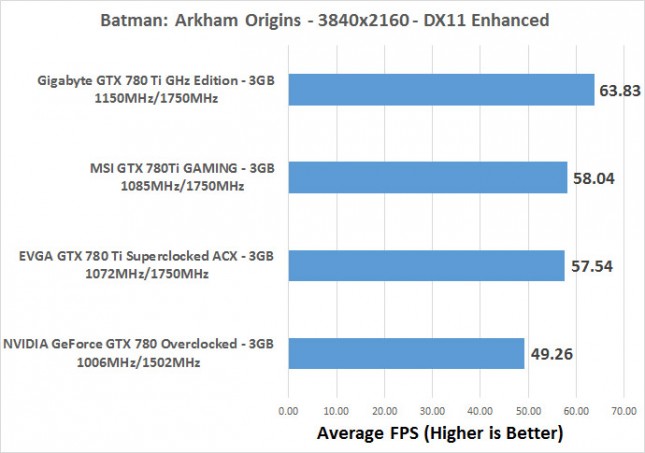 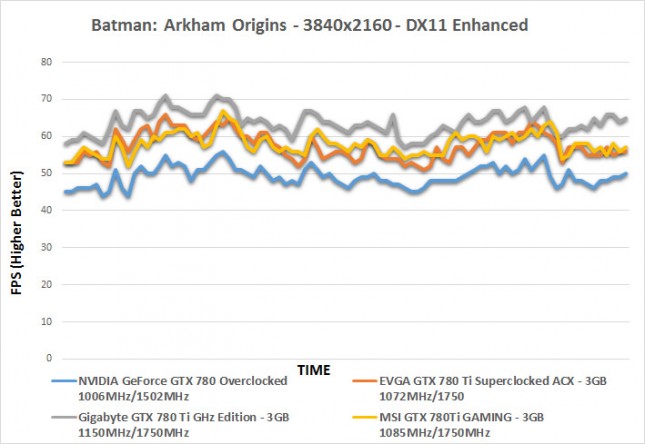 Benchmark Results: When you look at performance over time all of the cards were able to run above 40FPS and that is pretty good for this Ultra HD (3840×2160) test setup.