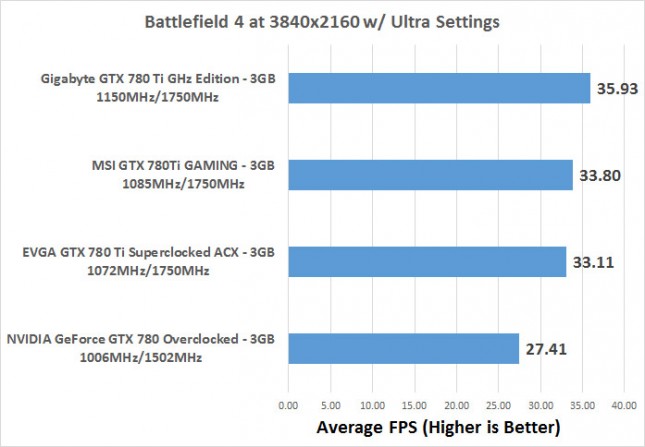 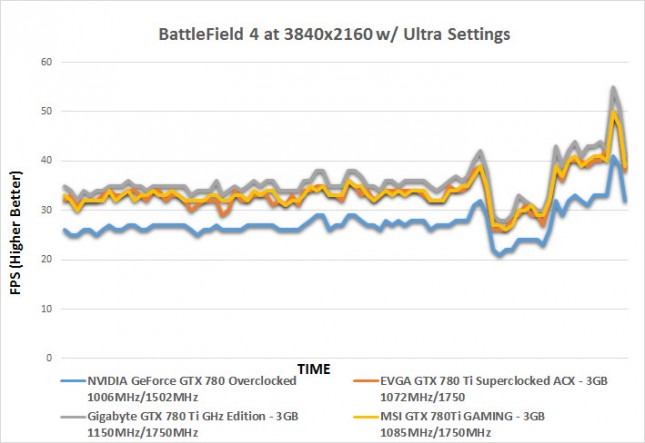 Benchmark Results: The cards shadowed one another very closely in BF4 with a noticeable gap between the GTX 780 and GTX 780 Ti cards at 3840×2160. The MSI, EVGA and Gigabyte GeForce GTX 780 Ti cards were very similar again due to the slight clock speed differences.