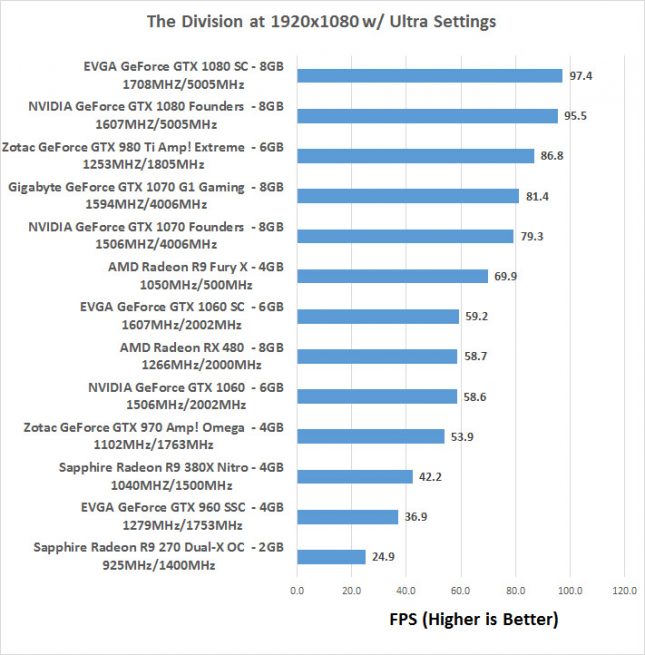 1080P Benchmark Results: The Division is one of the game titles that NVIDIA isn’t doing too hot on right now and we found that the AMD Radeon RX 480 was able to beat the GeForce GTX 1060 FE by a tenth of a FPS. The EVGA GeForce GTX 1060 SC came in faster than the AMD Radeon RX 480 8GB though, so you can see this cards are basically performing evenly on this particular game title. The NVIDIA reviewers guide showed that they were over 1% faster than AMD, but we used different image quality settings. 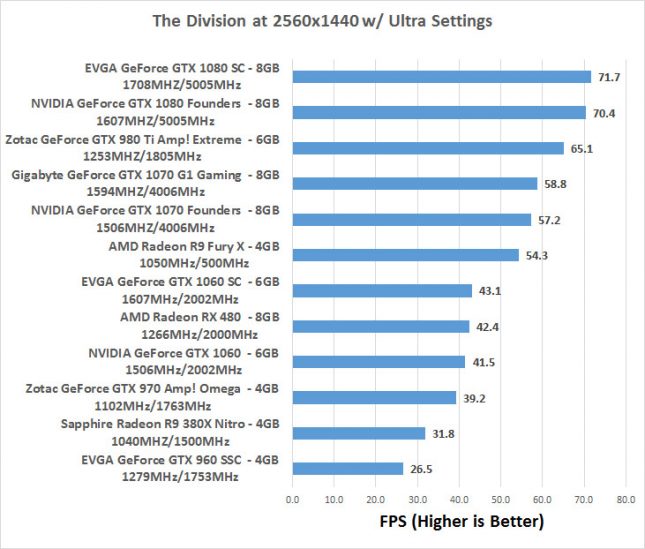 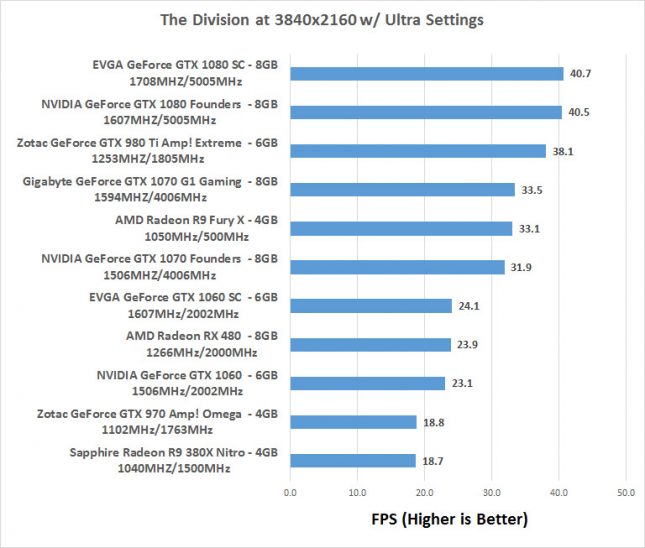