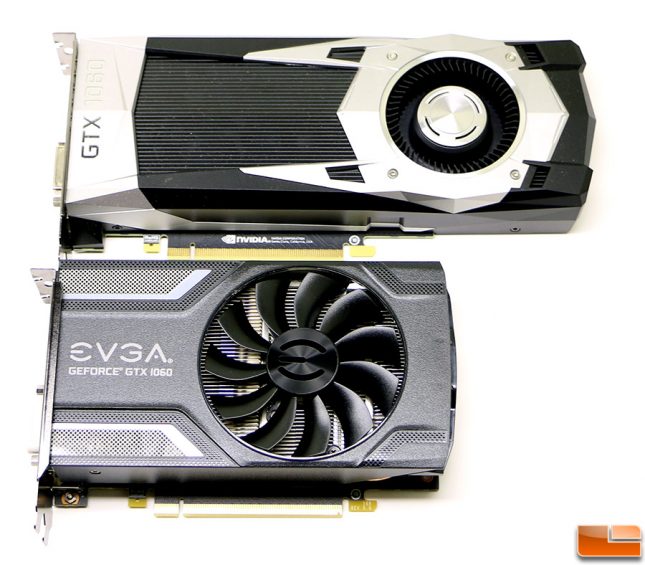 The power consumption numbers on the GeForce GTX 1060 were phenomenal and both idle and load. We were seeing almost 15W lower at idle and 80 Watts lower at load. Overclocking performance of the GeForce GTX 1060 was also impressive as we were able to get the 1280 CUDA cores up to nearly 2.1GHz with full stability and no voltage increase!

NVIDIA has shared board pricing with us for their partners, but we anticipate limited availability on launch day given what we’ve seen on other Pascal GPU launched and from what we are hearing from board partners. Our advice is that if you can find a $249 model in-stock to grab it as we have a feeling they will be tough to find here shortly. 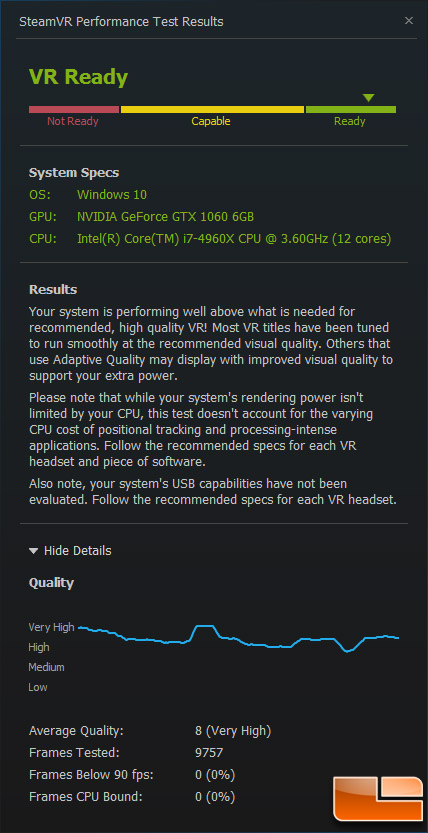 The Steam VR Performance test also showed that the GeForce GTX 1060 6GB FE was able to score an 8 or ‘very high’ on the average quality test, which is better than than what the 6.6 ‘high’ average quality score that the AMD Radeon RX 480 8GB could do.

At the end of the day the NVIDIA GeForce GTX 1060 is an amazing graphics card with performance that will impress pretty much all 1080P and 1440P gamers!

Legit Bottom Line: The AMD Radeon RX 480 was impressive when it came out, but we are more impressed by the NVIDIA GeForce GTX 1060!