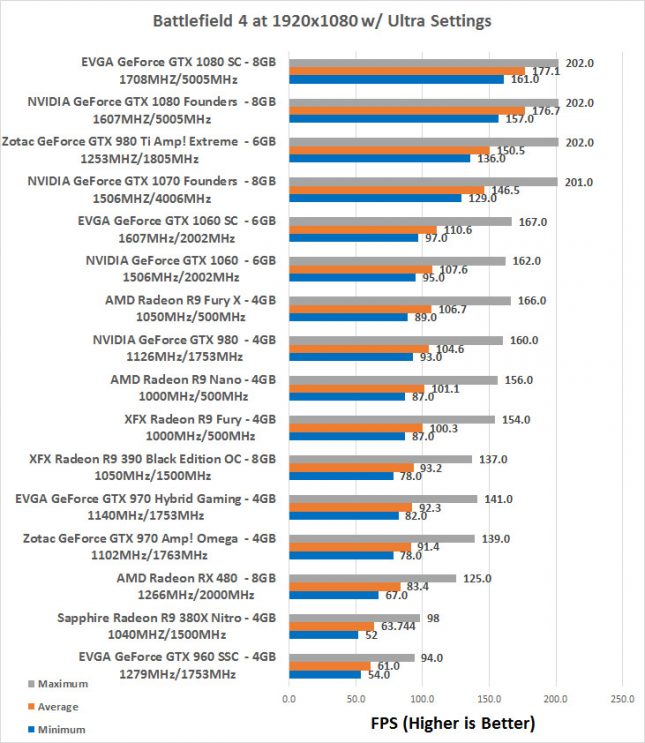 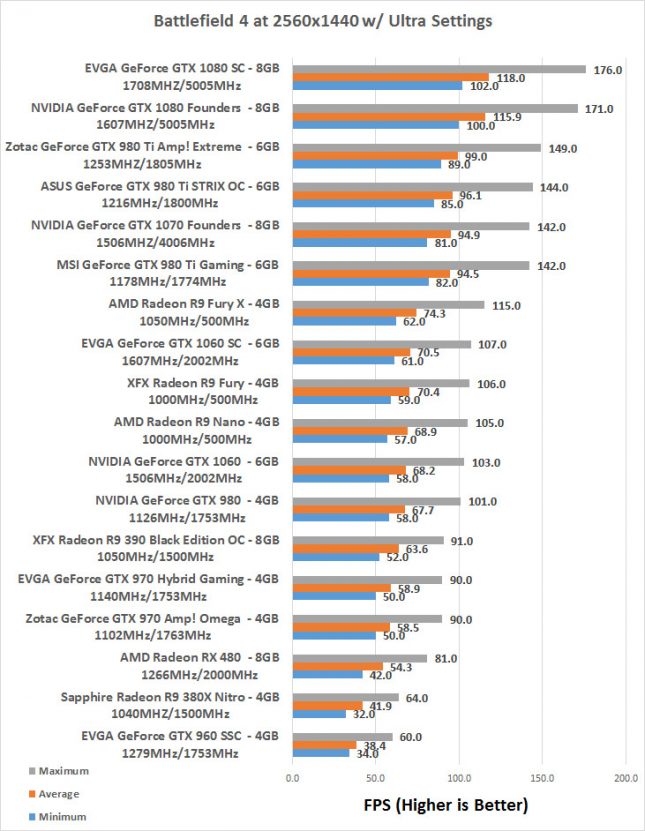 Benchmark Results: When scaling the resolution up to 2k (21601440), the GeForc eGTX 1060 averaged 68.2 FPS with the minimum frame rate being just 58 FPS in our test section. The AMD Radeon RX 480 dipped down to 42 FPS and averaged 54 FPS, so there is a huge difference in performance here and not so much in price. 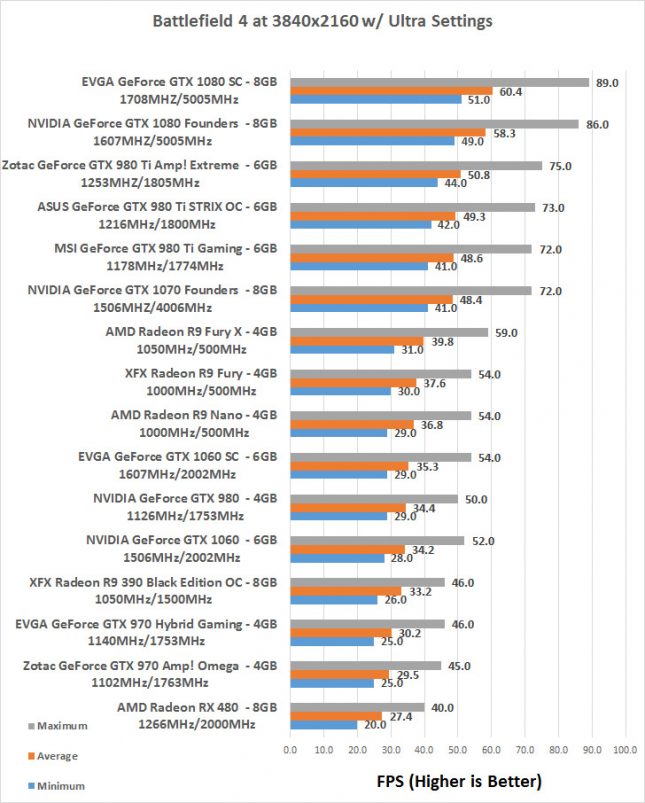 Benchmark Results: When it comes to 4k UHD gaming, the Radeon RX 480 only could average 27 FPS, but the GeForce GTX 1060 could only do slight better with 34 FPS on average. These aren’t 4K gaming cards, so keep that in mind!