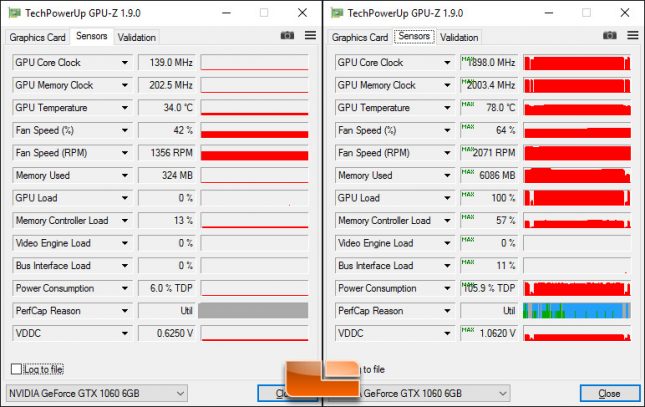 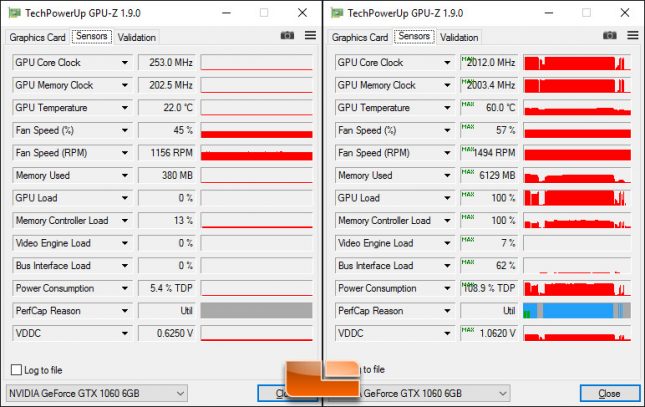 UPDATE 7/22/2016: EVGA sent over a new ‘FanStop’ vBIOS for the GeForce GTX 1060 SC that allows for semi-passive fan curve and also unlocked full manual control over the fan speed. 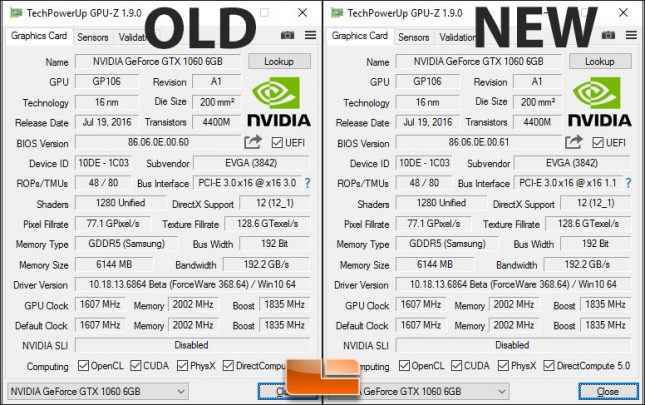 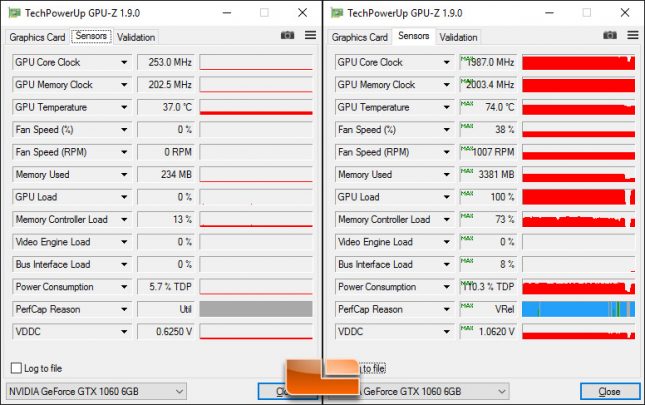 Noise is way down at idle/load, but temps are of course up. We originally got 22C at idle and 60C at load on an open air test system and that was amazing. Now we are getting 37C at idle and 74C at load, but the card is silent at idle and much quieter at load. Noise was 39.8dB idle and 43.4dB load and now they are at 37.9dB idle and 38.4dB at load. Going down 5dB is huge as the decibel scale is logarithmic! We also noticed that the idle power from 96W down to just 94-95W with the fan off, so lower noise, less power and still respectable temperatures. If you wanted to run cooler you could always adjust the fan profile with a utility like EVGA Precision X OC. 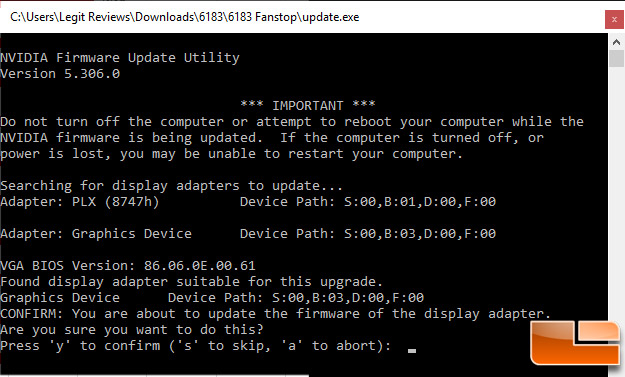 The vBIOS update process is simple…

From what we have been told the final build of this vBIOS will be released to the public shortly after testing is complete. 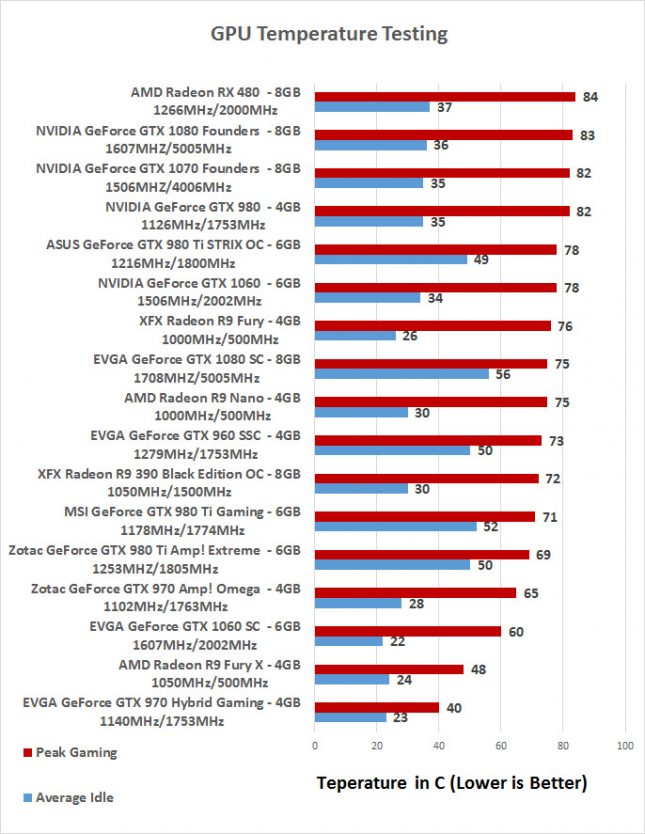 Here is a chart that shows the temperatures of the GeForce GTX 1060 versus some other high-end desktop cards and you can see the Founders Edition card is okay, but the EVGA GeForce GTX 1060 SC is rather impressive! 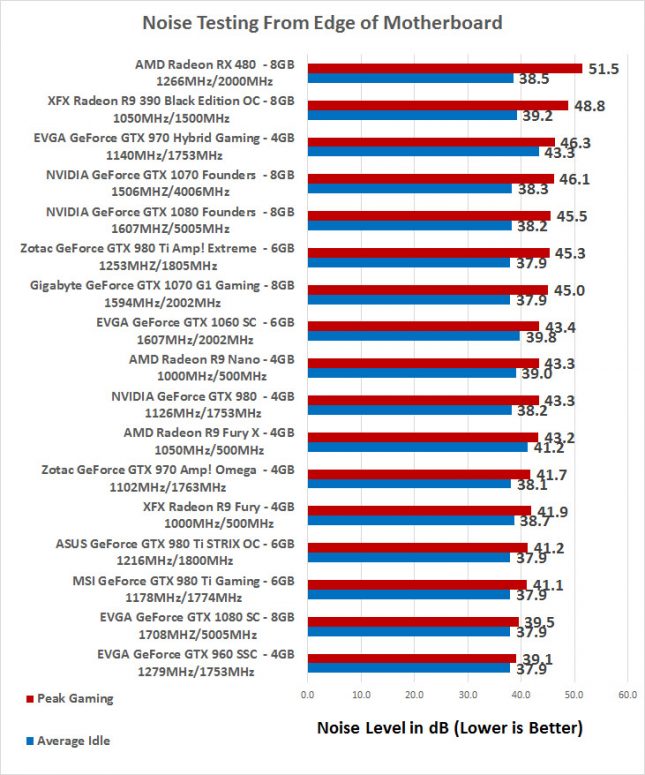 The EVGA GeForce GTX 1060 SC runs at 45% fan speed by default and it can’t be adjusted lower right now. EVGA is going to be releasing a new vBIOS for this card in the days ahead that will make this card a 0dB card at idle and also allow for better manual adjustment. Right now the EVGA GeForce GTX 1060 SC is in the middle of the chart for noise, but it should get better!