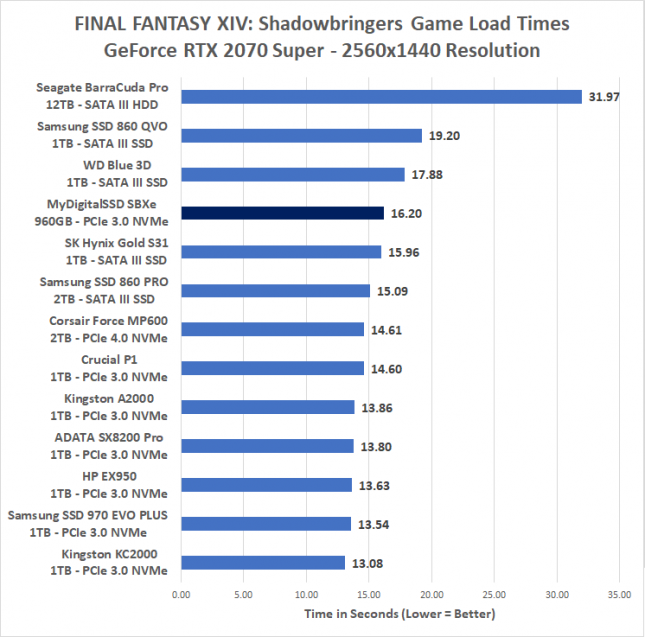 Benchmark Results: Game load times are very important to our readers and the MyDigitalSSD SBXe 960GB drive was on the slower half of the performance chart here. In fact, it was slower than a couple SATA III SSDs for game load times.