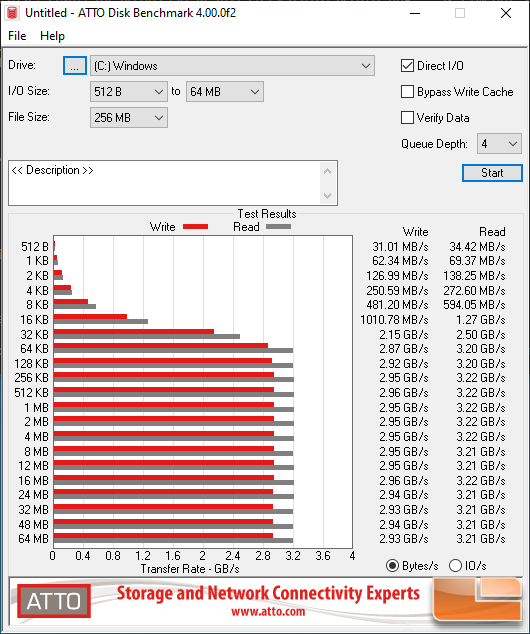 Benchmark Results: On ATTO Disk Benchmark we see that the SBXe 960GB drive crushed it by reached speeds of up to 3.22 GB/s read and 2.96 GB/s write at a Queue Depth of 4. These scores are nuts and way higher than the drives rated sequential read/write speeds of 2500/2100 MB/s. We talked to Phison and they are aware of this ‘issue’ and it is due to how the controller is handling compressible data. This performance anomaly is the reason that Phison does not use ATTO to show off the performance of their drives. We usually have an ATTO Disk Benchmark chart that shows where the drive being tested lands, but we will not even bother putting the SBXe on there since this benchmark is not reflective of actual performance. 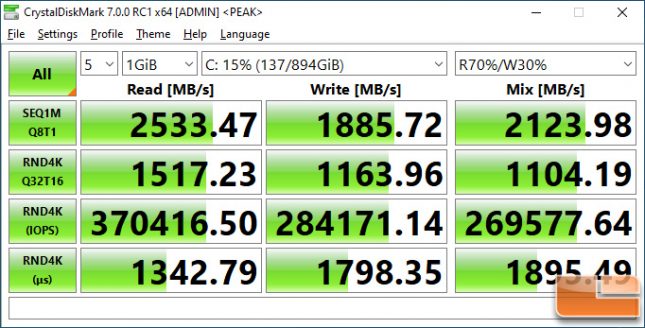 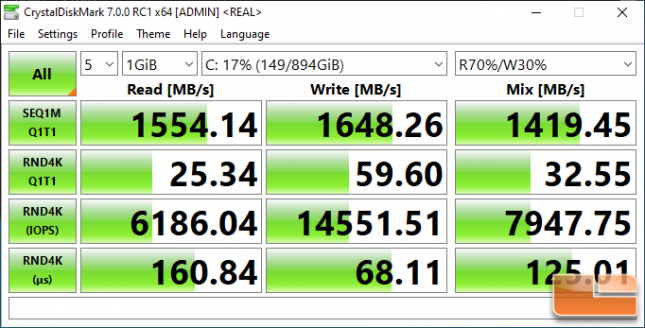 Benchmark Results: The MyDigitalSSD 960GB drive maxed out at 2533 MB/s read and 1885 MB/s write in the standard sequential write test that is done at Q8T1. Random 4K performance topped out at 370,400 read and 284,200 IOPS write. We are pretty close to the drives rated read speeds and a little low on the write side.