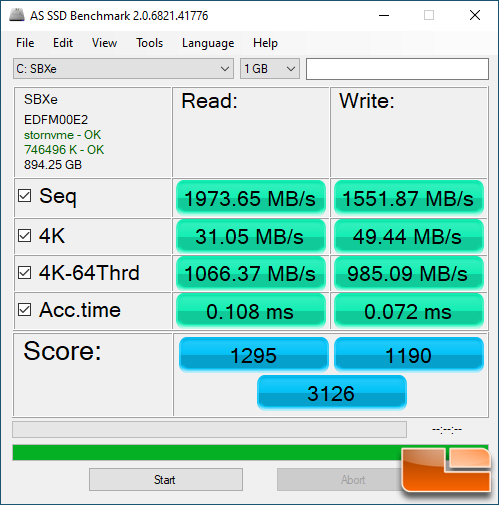 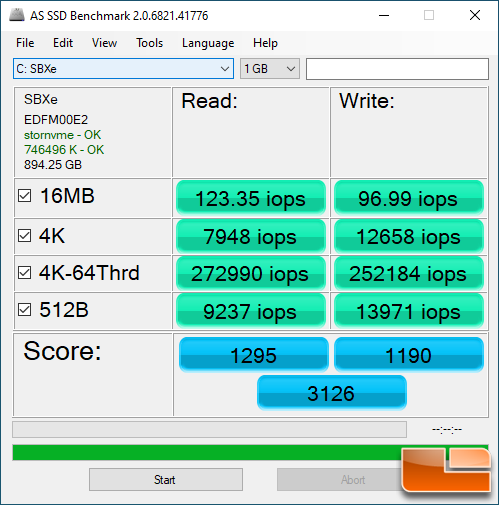 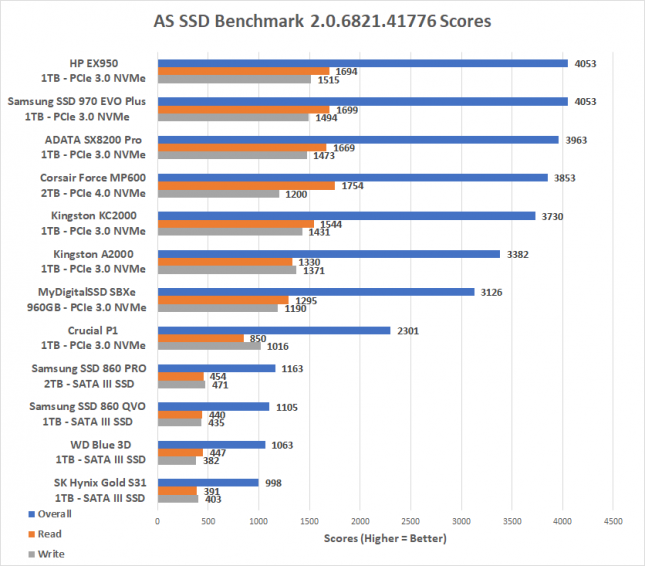 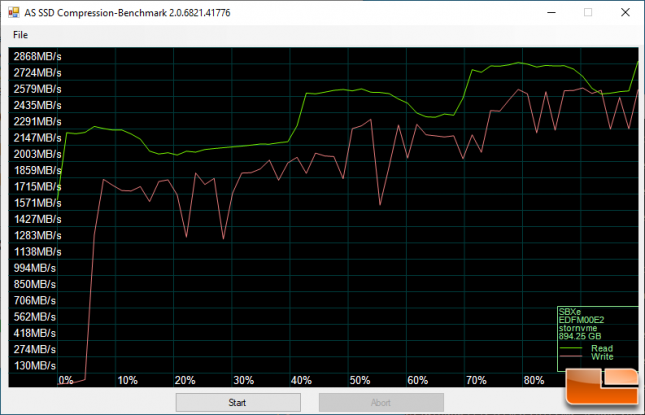 Benchmark Results: For this benchmark chart you would ideally want to see a straight line as you dont want any compression performance loss as the test goes from 0% compressible to 100% compressible data during the benchmark test period. That is not the case with this drive as it doesn’t seem to do well at all with uncompressed data.