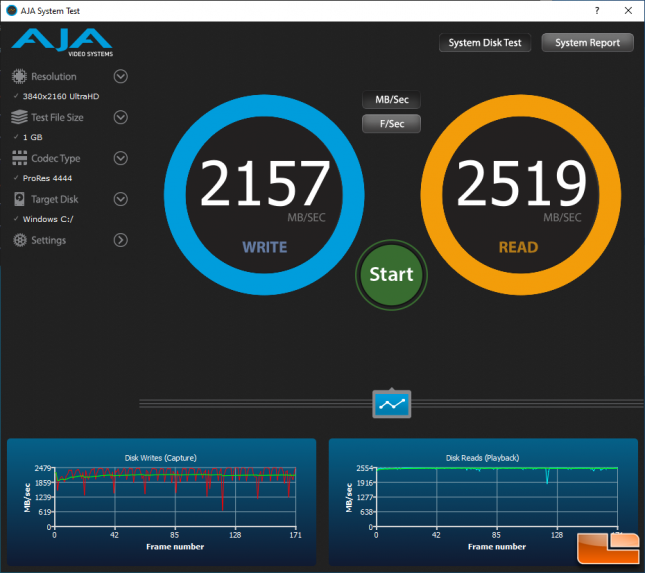 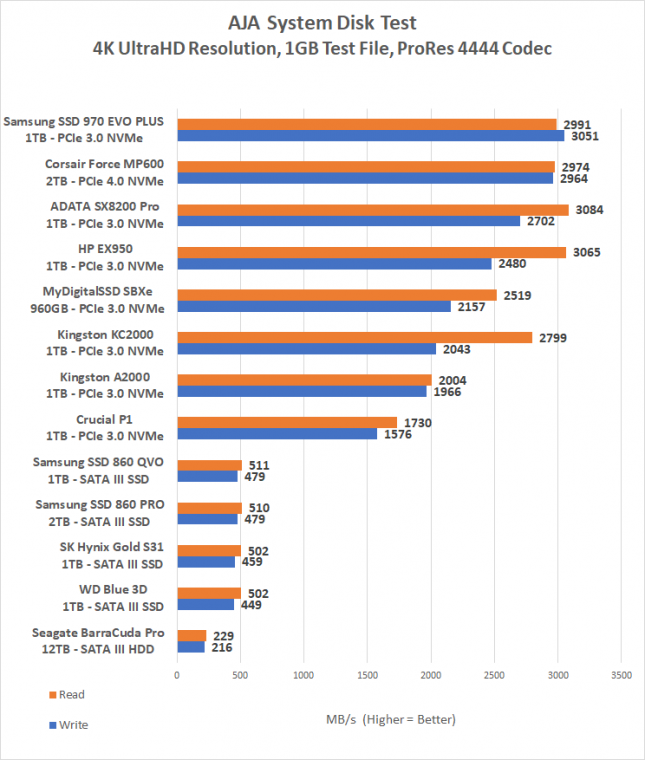 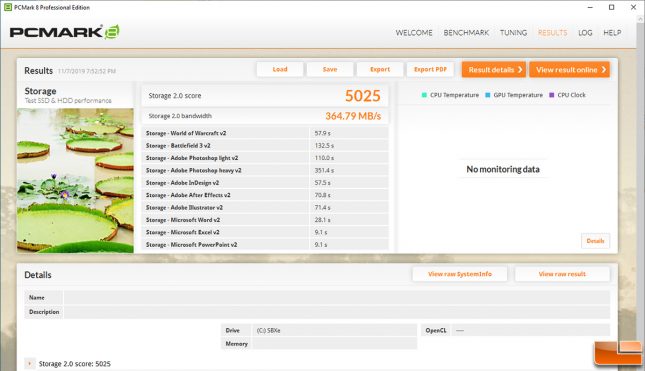 Benchmark Results: The SBXe 960GB Drive completed the PCMark 8 storage 2.0 benchmark workload with an overall score of 5,025 points and a bandwidth result of 364.79 MB/s. 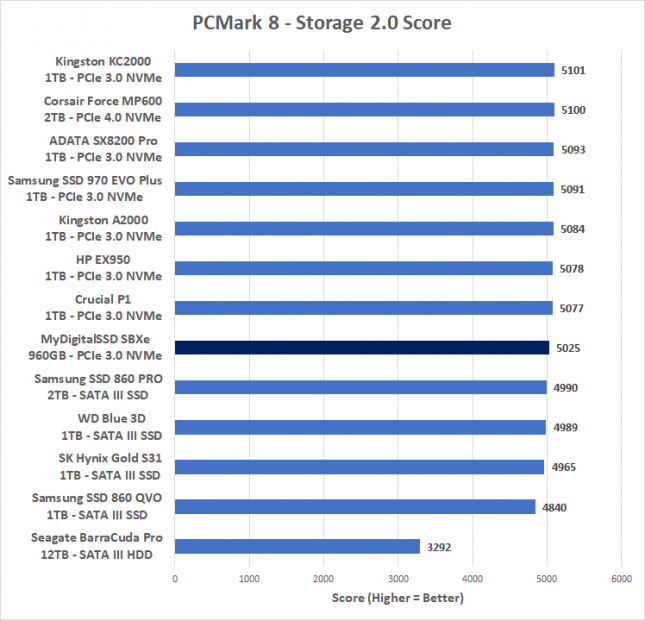 The SBXe 960GB drive actually had the lowest PCMark 8 overall score of the NVMe drives in our performance chart, but still managed to be faster than the SATA III SSDs and hard drive that we have charted. 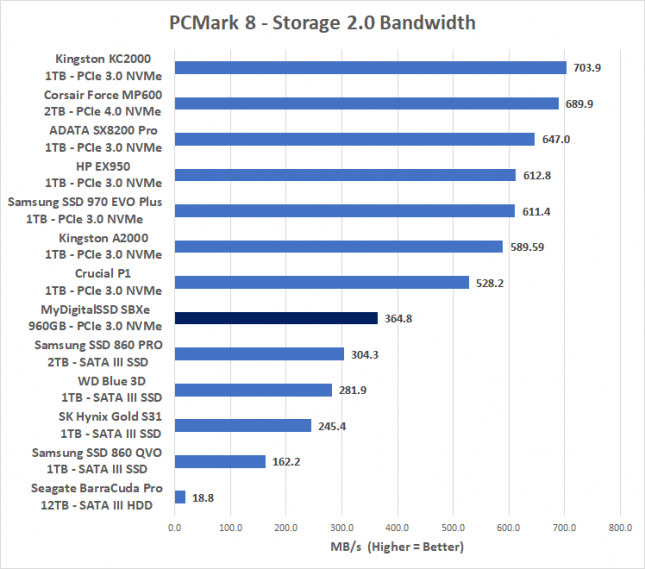 We like the Storage 2.0 Bandwidth test results as it shows the total amount of bytes read and written during the test divided by the time the test took. The SBXe 960GB had a storage bandwidth score of 364.8 MB/s in this test and that is nothing to write home about. The good news for the SBXe is that is still managed to be faster than the SATA III drives.