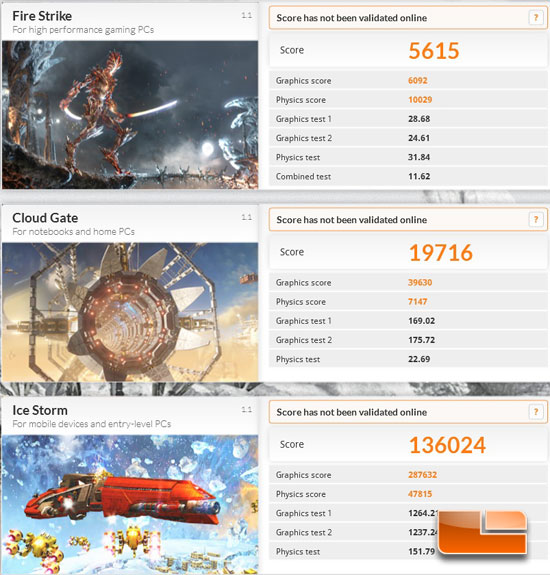 Benchmark Results: The MSI Z77A-GD65 Gaming Series motherboard was able to handle Futuremark 3DMark Fire Strike without an issue. With the AMD Radeon HD 7950 for graphics we were able to score 5615 3DMarks and a physics score of 10029.