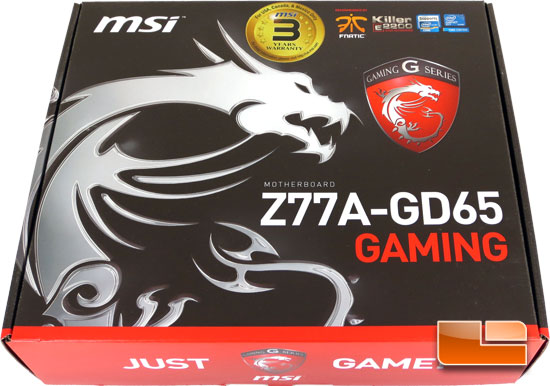 The retail packaging for the MSI Z77A-GD65 Gaming motherboard is easily a favorite of mine. I happen to have a thing for dragons and think this one might make a sharp looking tattoo, but I digress. The packaging points out some of the technologies which are key to the Z77A-GD65 Gaming motherboard including but not limited to the Intel Z77 express chipset, support for the Intel Core series of processors as well as the integrated Killer E2200 gaming NIC (Network Interface Card). Dead top center MSI has placed the evidence of the three year warranty for the U.S.A., Canada, and Mexico. 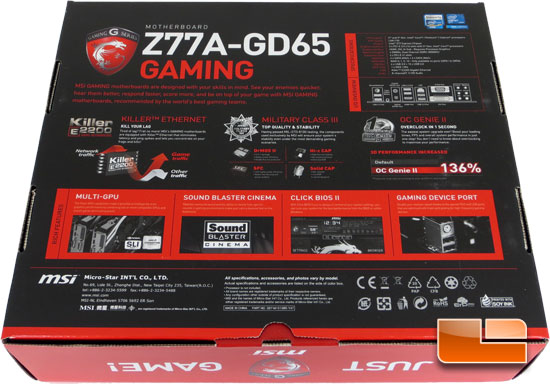 The back of the packaging spares no shortage of marketing text. Here we can find information about the Killer E2200 Ethernet card, Military Class III Components, and the OC Genie II. 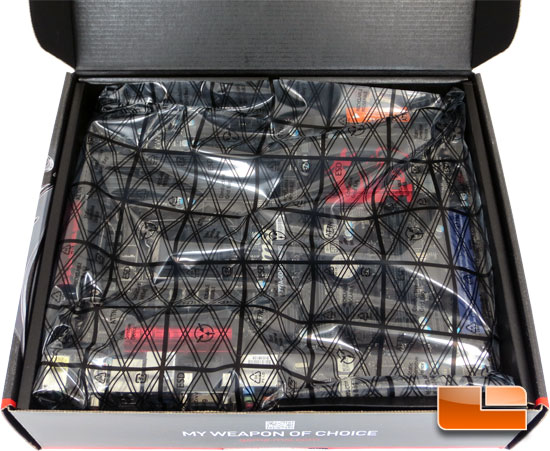 Opening up the retail packaging for the MSI Z77A-GD65 Gaming motherboard first thing that becomes quite apparent is that the board is secure inside the box. The motherboard itself is packed within a typical anti-static bag to protect it from ESD (Electro Static Discharge). It may not be the most eye catching method, but it is certainly effective. 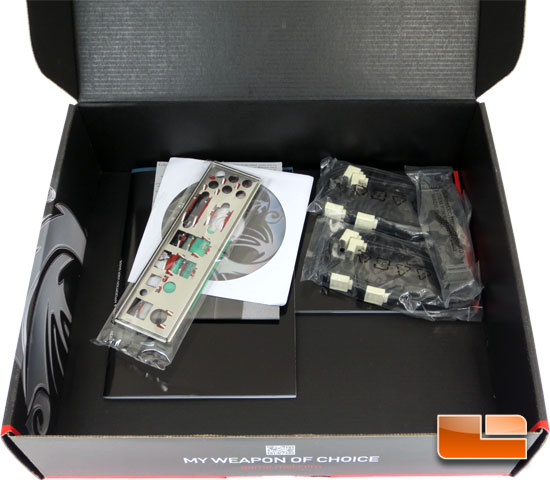 The bundle that accompanies the MSI Z77A-GD65 Gaming motherboard seems a little on the sparse side, but it will get the job done. In addition to the typical manuals and driver/utility disc, there is two pairs of SATA cables, and a NVIDIA SLI Bridge. 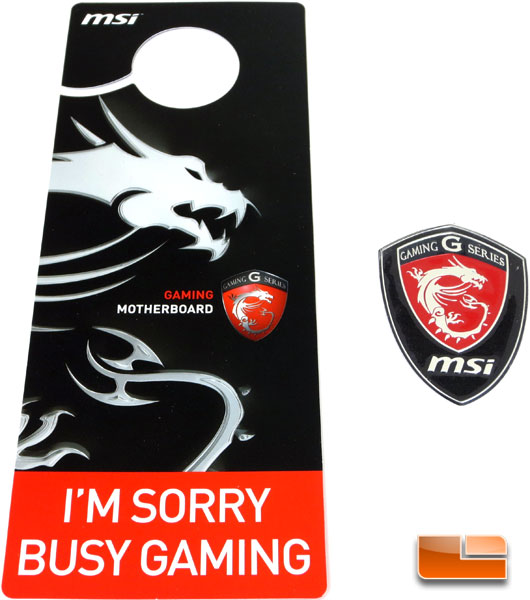 Hidden below the rest of the bundle is a door hanger that reads “I’m sorry busy gaming” on one side and “I’m not here” on the other. There is also a case badge that will show off the fact that you have a MSI Gaming G Series motherboard inside.