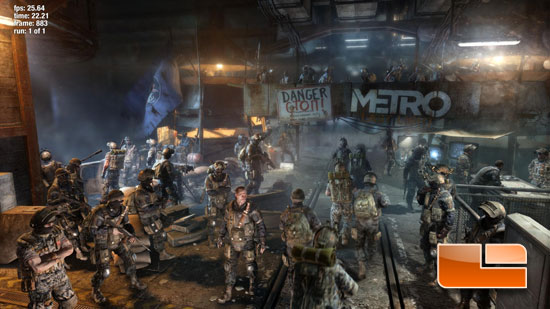 Metro: Last Light is the hugely anticipated sequel to 2010’s critically acclaimed cultclassic Metro 2033. Experience thrilling combat with an exotic arsenal of hand-made weaponry against deadly foes – both human and mutant – and use stealth to launch attacks under the cover of darkness Explore the post-apocalyptic world of the Moscow Metro, one of the most immersive, atmospheric game worlds ever created! Fight for every bullet and every last breath in a claustrophobic blend of survival horror and FPS gameplay. Next generation technology boasting stunning lighting and physics sets a new graphical benchmark on both console and PC. 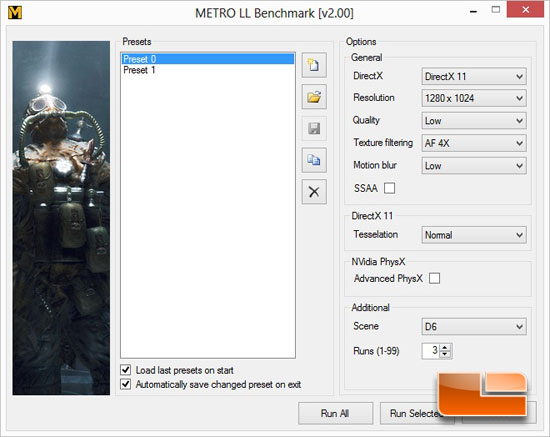 Like Metro Last Light’s predecessor, Metro 2033, this is a very demanding game. When taking advantage of the Intel HD 4000 Graphics we set everything to a minimum setting. 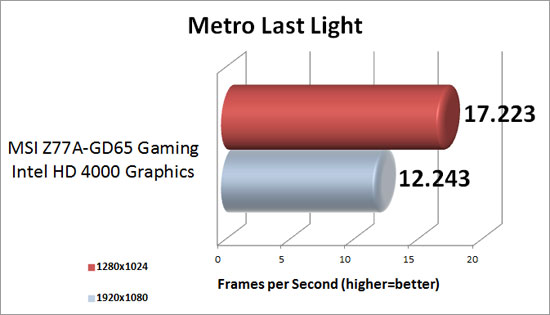