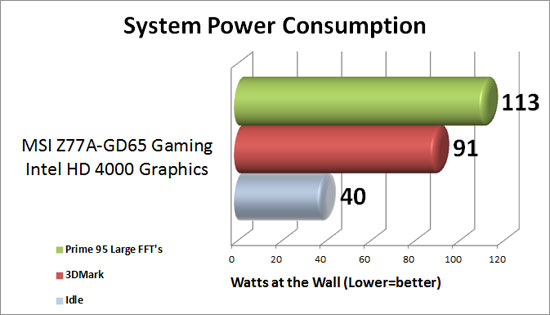 Benchmark Results: Without the AMD Radeon HD 7950 the MSI Z77A-GD65 Gaming Series Motherboard doesn’t use much power. At idle it was sipping only 40 Watts at the wall, running the latest iteration of 3DMark Fire Strike it hit a maximum of 91 Watts and Prime 95 Large FFT’s hit 113 Watts at the wall.