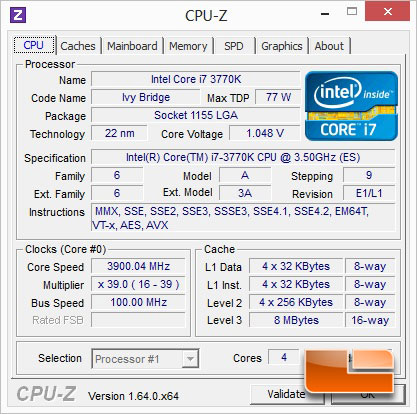 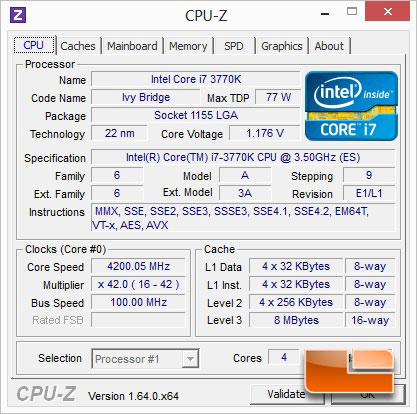 One of the key points of the MSI Z77A-GD65 Gaming Series motherboard is the OC Genie II. This is an automatic method to overclocking the processor. Once we depressed the MSI OC Genie II button on the motherboard and booted the system up we found that our Intel Core i7 3770K was now running at 4.2GHz. From previous experience with the Intel Core i7 3770K processor we know that this is a rather conservative overclock. Though MSI does have to keep the automatic overclocking a little on the safe side due to the heat that can be generated by an overclocked processor. 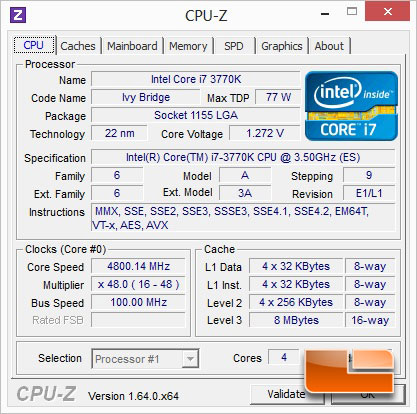 We obviously weren’t going to only use the OC Genie II on the Z77A-GD65 Gaming motherboard, so we stuck our heads into the UEFI BIOS and began to manually overclock the I7 3770K processor. Within a short time we found ourselves with a solid overclock at 4.8GHz! We set the multiplier to x48 and the CPU VCore to 1.3V and we were golden.