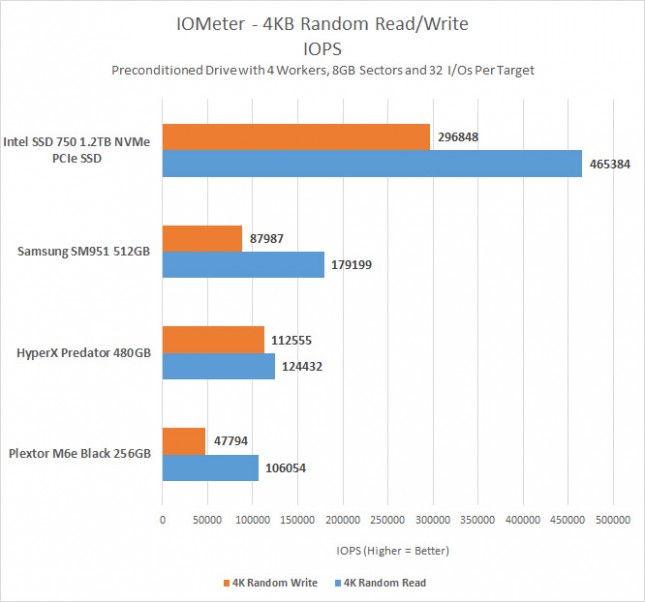 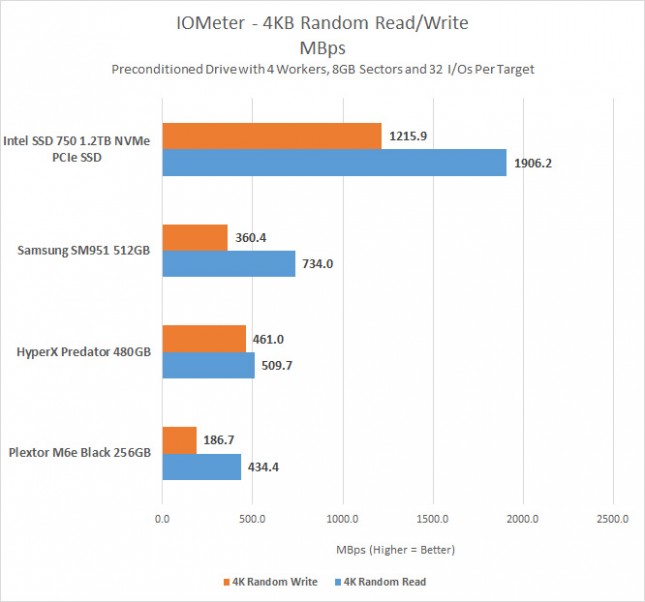 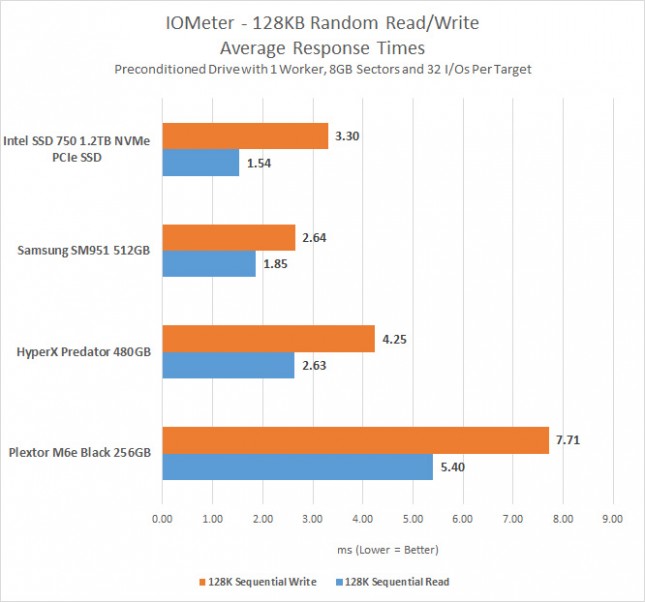 The response times on the Intel SSD 750 1.2TB NVMe SSD were much faster than that seen on the other drives that we have be able to test out on our new Intel X99 platform we are using for storage drives! It looks like NVMe really shines on the 4KB random workloads, which makes sense as that is what the specification was designed to do!