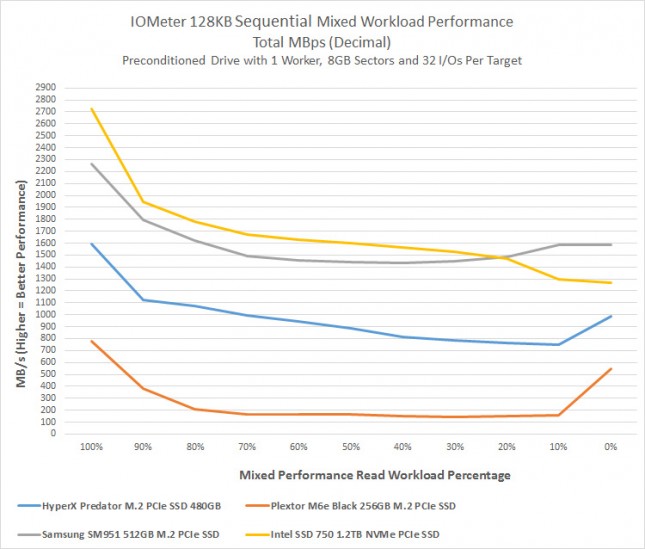 Here we expected to see the infamous bathtub performance curve on the Intel SSD 750 1.2TB NVMe drive, but while it started out like that it ended up with a performance drop-off right at the end that ruined the bathtub shape. The performance numbers are right where we expected them to be though as we started out at over 2700MB/s and then ended at just under 1300MB/s in our mixed workload test. The performance at 80% reads and 20% writes was 1777MB/s, which is well above what any other drive we tested was capable of doing. 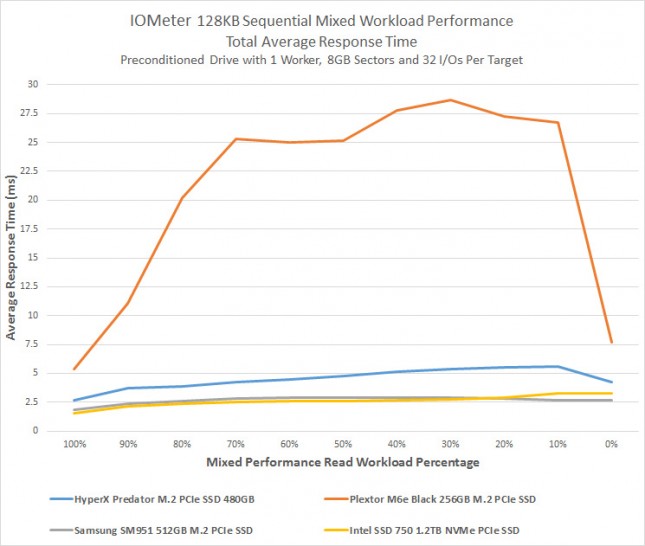 Ideally you want to be below 5ms with regards to the average response time for any given workload and the Intel SSD 750 did pretty good and only broke the 3ms mark when it was tasked with 90% and 100% sequential writes. 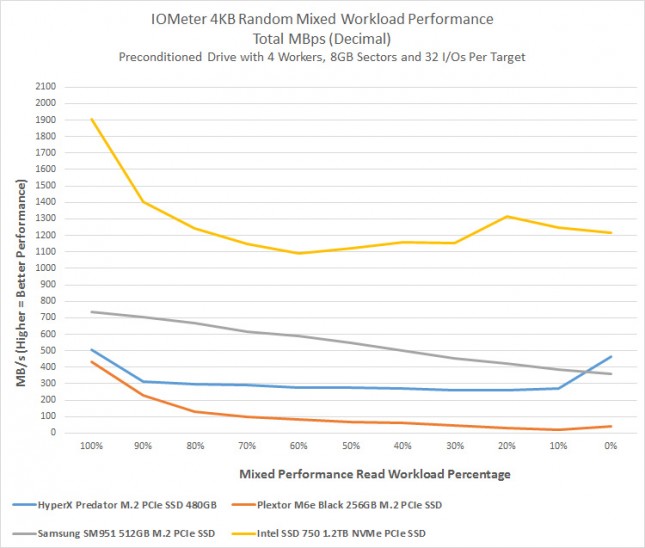 When you look at the 4KB random performance at mixed read/write levels you can see that some drivers and their controllers are not really optimized for this workload test. The Plextor M6e Black 256GB M.2 PCIe damn near flat lined win this test and the combined read/write MB/s dropped down into the teens as the write load increased with this many workers and I/Os per target. The Kingston HyperX Predator M.2 PCIe SSD looks like it has been optimized for this workload a bit and gave us a bathtub performance curve. The Samsung SM951 512GB AHCI M.2 PCIe SSD performance started off great and then we found a nice download performance drop as the writes got heavier. The Intel SSD 750 Series SSD 4KB Random performance was by far the highest of the drives, but remember it is the only NVMe drive that we have benchmarked so far. 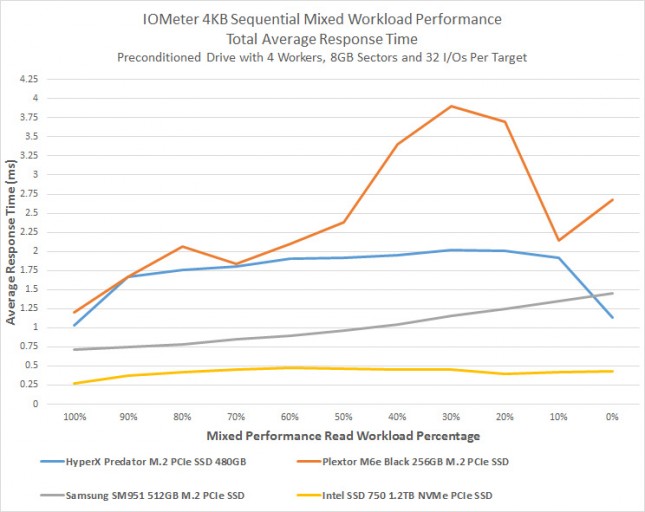 When it comes to the average response times the Intel SSD 750 1.2TB NVMe drive never got higher than 0.48ms, which is amazing!