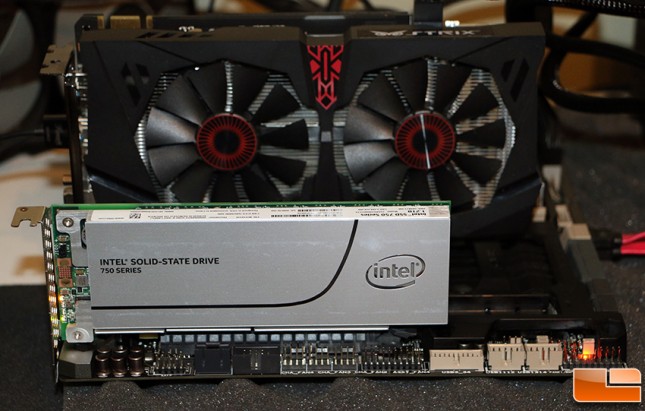 We tested with the Intel SSD 750 Series 1.2TB NVMe PCIe SSD in the lower PCI Express Gen 3.0 x16 slot as seen in the image above. The SSD was activated in disk management with a drive letter and we performed a quick format with all the default settings. 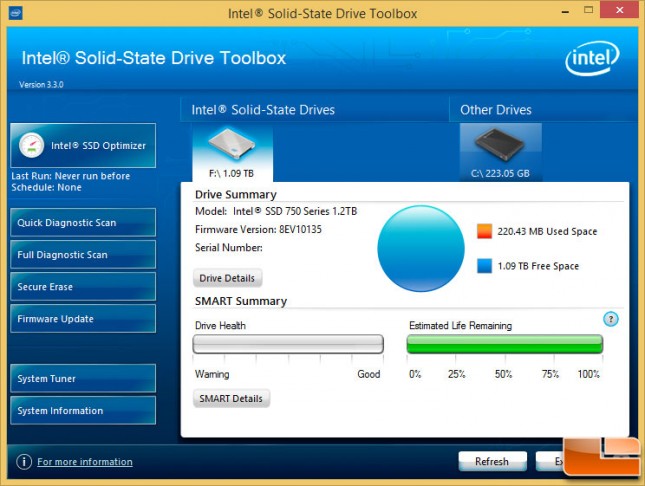 Intel also released an updated to the Intel SSD Toolbox to support the 750 series of NVMe SSDs. The Intel SSD Toolbox v3.3.0 is a very useful utility that allows you to optimize your SSD, run diagnostic scans, check the SMART details, run a secure erase and the ability to look at and tune your system. This utility is how we performed our Secure Erases on the Intel SSD 750 series drives during our testing of them and it worked flawlessly.