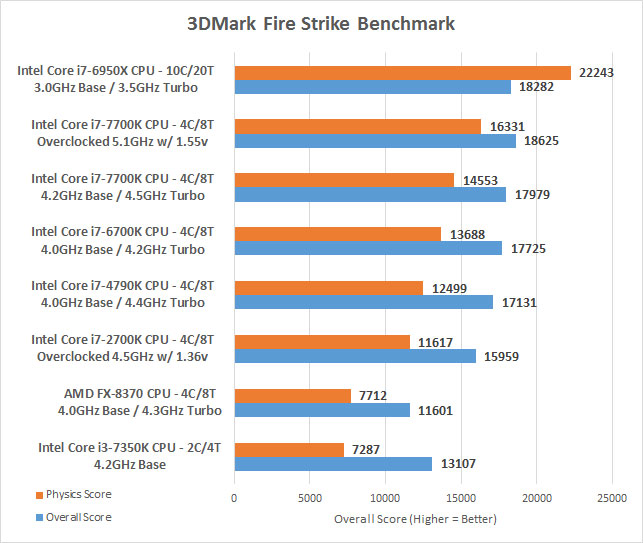 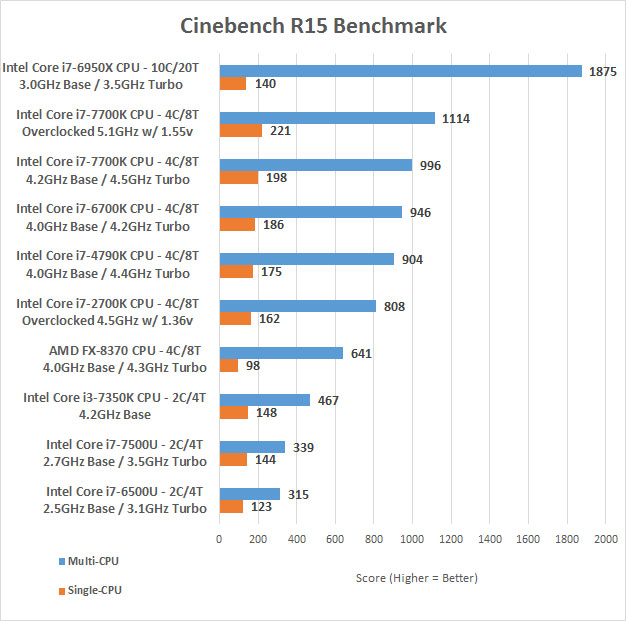 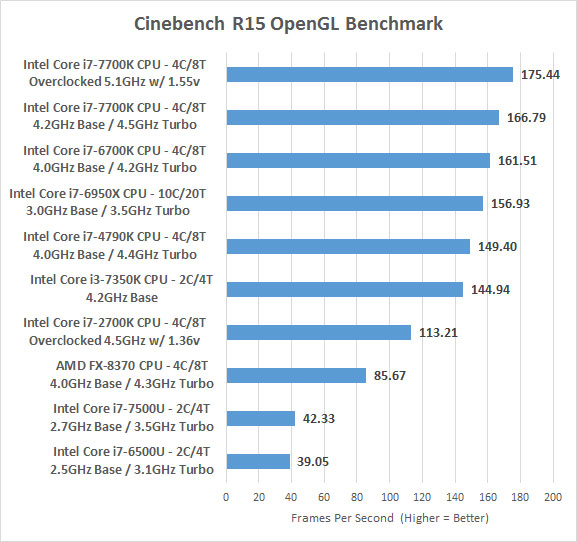 3DMark and Cinebench Benchmarks Results Summary: Not the fastest performance numbers of the processors tested, but the Core i7-7350K still has respectable performance and it’s still crazy to see a dual-core Kaby Lake processor beating the AMD FX-8370 quad-core CPU in many benchmarks.