To overclock the Intel Core i3-7350K Kaby Lake processor we used the Gigabyte Aorus Z270X-UD5 motherboard and simply increased the multiplier and core voltage until we hit a wall. That wall on this particular board, processor and UEFI version just happened to be at 5,100 MHz or 5.1 GHz, which is pretty impressive. We’ve saw a demo at CES 2017 where Intel was running a Core i3-7350K under a comparable water cooler and only reached 5.0 GHz with more voltage, so we are pretty happy with our overclock. 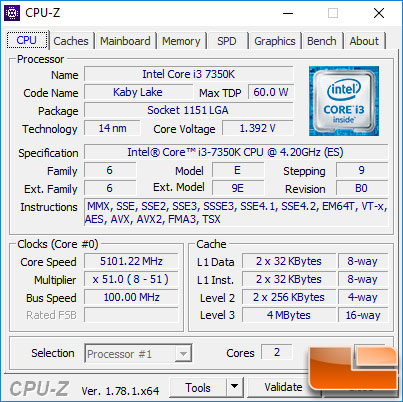 To get the Intel Core i3-7350K Processor up to 5.1 GHz we increased the CPU core voltage to 1.40V and the multiplier up to 51x and that is it. Overclocking was very simple and you can really tell a difference between the system running at 4.2 GHz and 5.1 GHz. 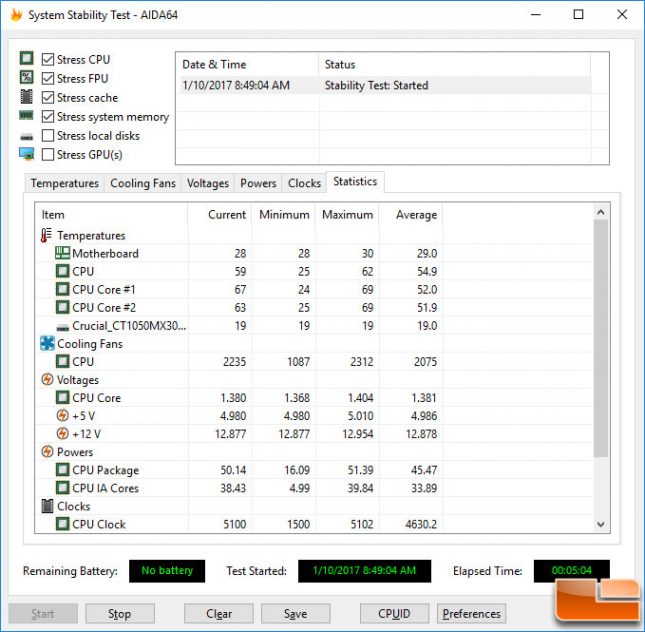 With the CPU core voltage set to 1.40V we were seeing 1.38V under full load in AIDA64 and CPU-Z. The Intel Core i3-7350K temperatures topped out at stock settings at 52C and here with our overclock we were hitting 69C. That 900 MHz overclock and voltage increase caused the CPU load temperature to go up 17C with out water cooler, so if you have air cooling you’ll need to keep an eye out on the temps. This was a 33% increase in temperatures due to the overclock. 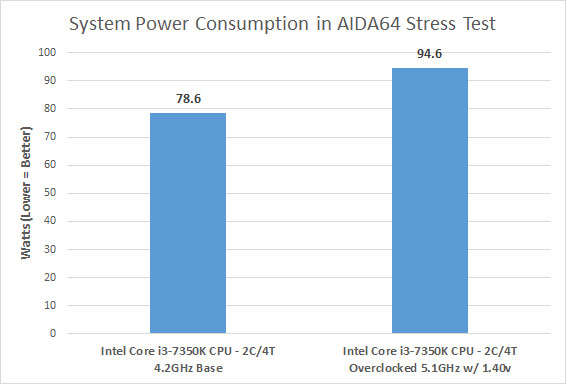 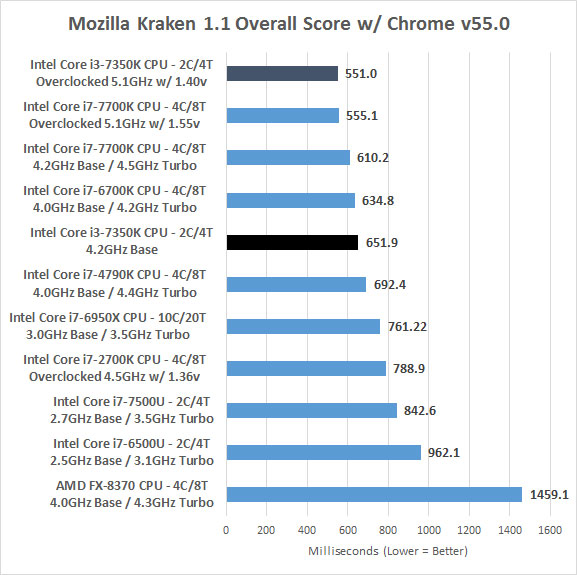 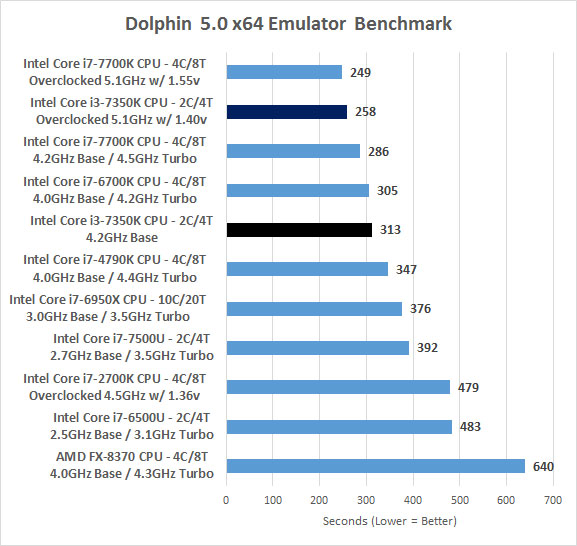 Single or lightly threaded benchmarks on the Intel Core i3-7350K running at 5.1 GHz are simply amazing and it is very comparable to the stock or overclocked Intel Core i7-7700K processor in these types of situations. The Intel Core i3-7350K actually beats the 7700K in Kraken, but there is a +/- 0.5% of wiggle room in this benchmark, so it’s a virtual tie. 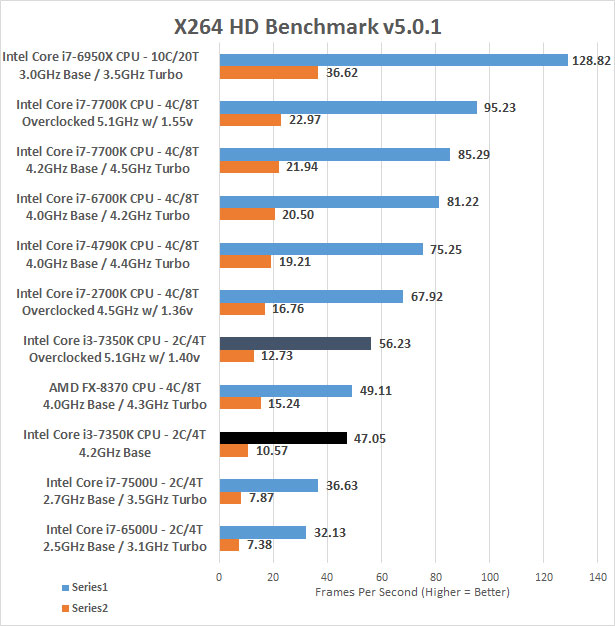 It’s only in the heavy multi-threaded applications where the Intel Core i3-7350K can’t compete as it just doesn’t have enough cores. 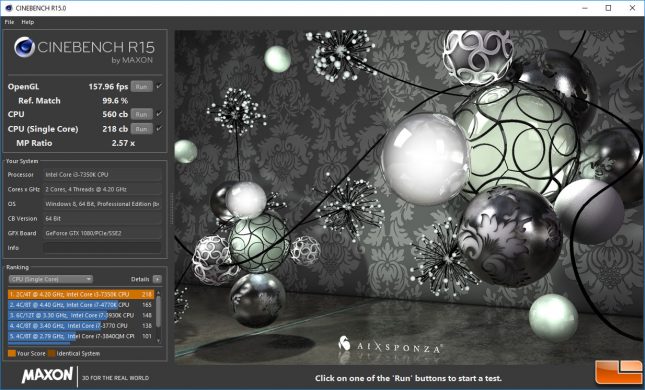 The overclocking performance of the Intel Core i3-7350K is solid!