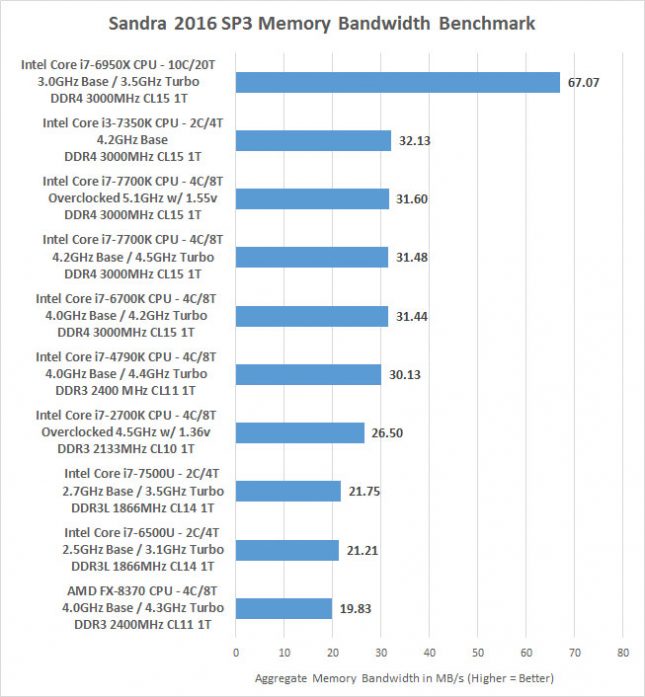 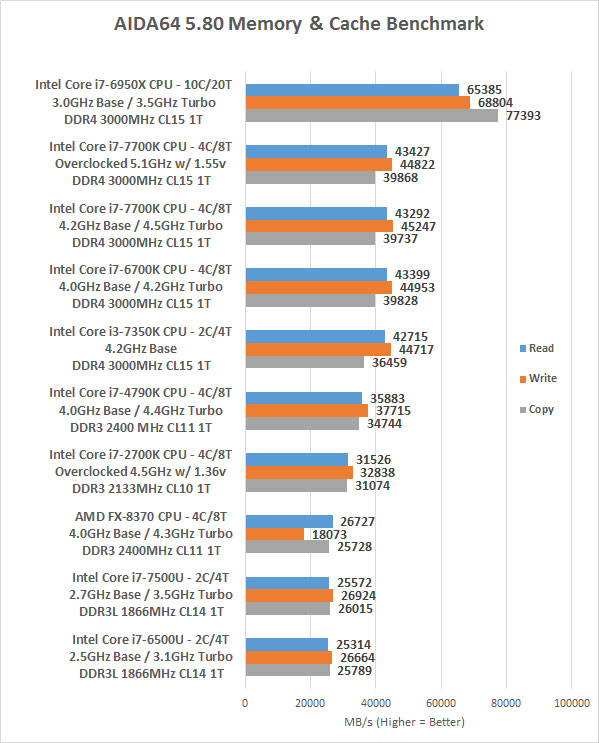 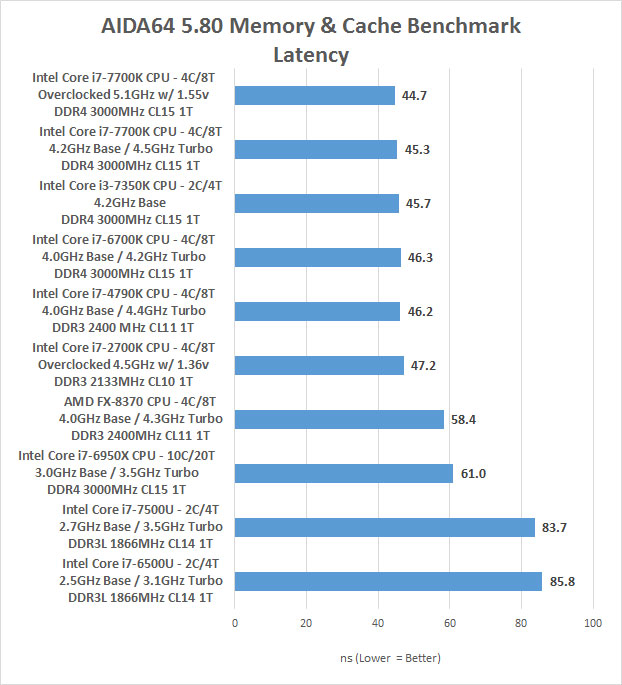 Memory Bandwidth Results Summary: The We tested the Intel Core i7-7700K, Core i3-7350K and the Core i7-6700K on the same exact Gigabyte Aorus Z270X-Gaming 5 motherboard with Corsair Vengeance DDR4 3000MHz memory kit with CL15 timings, so it’s not a big shocker that the memory performance is very close. We were a little shocked to see that the memory bandwidth was reported as fastest of any dual-channel platform in Sandra 2016 SP3, but we’ll take it!