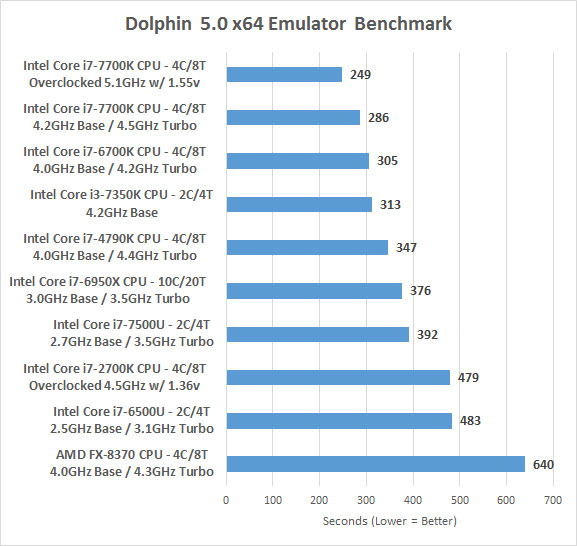 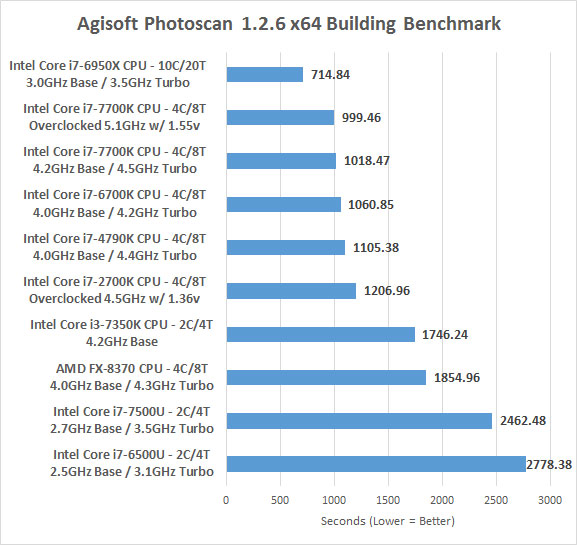 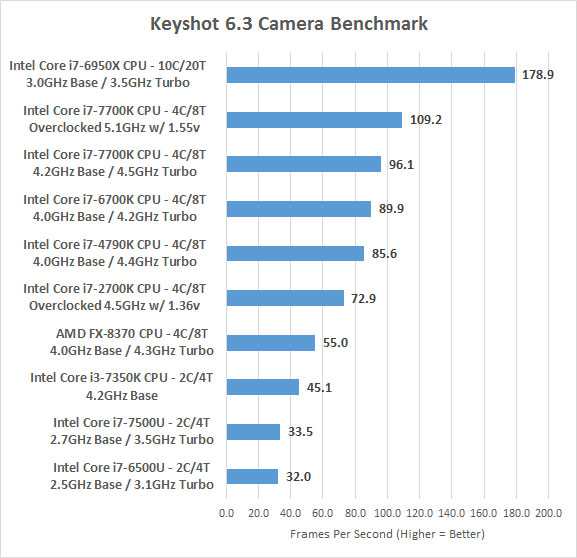 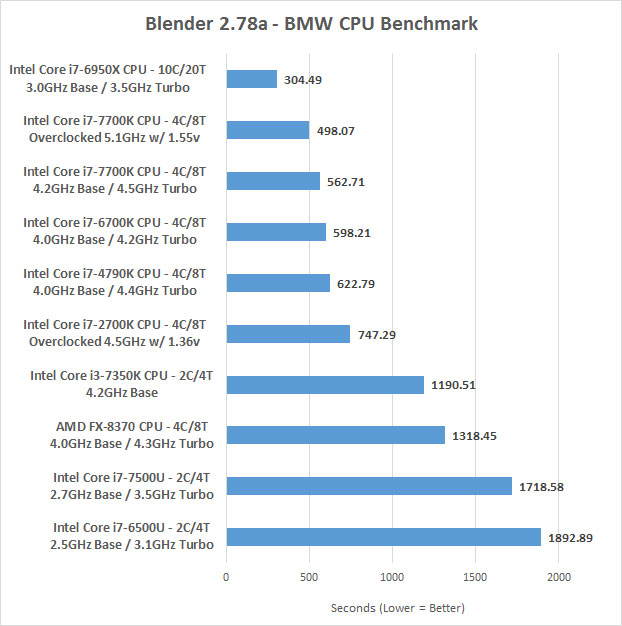 Real World Benchmark Results Summary: When it comes to our ‘real world’ benchmark tests we found the Intel Core i3-7350K excelled in lightly threaded benchmark tests like Dolphin 5.0, but fell behind against all the other quad-cores in applications using more threads.