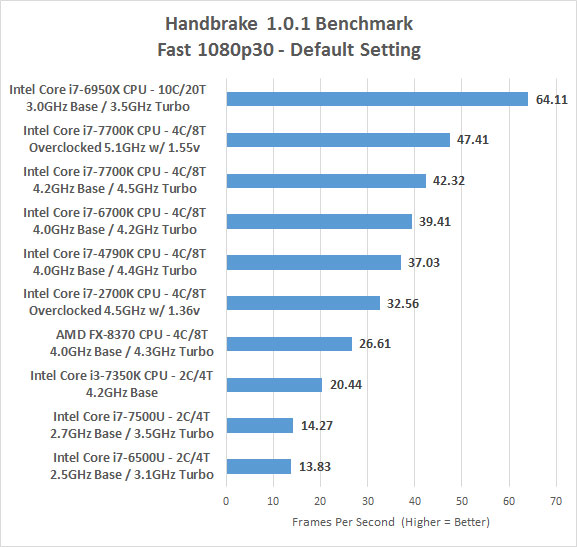 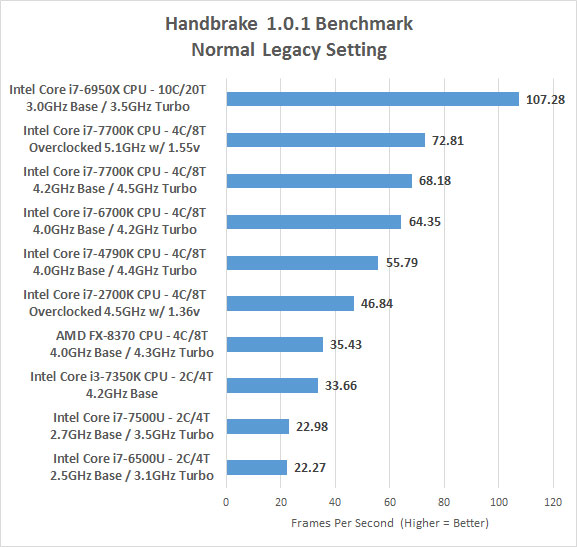 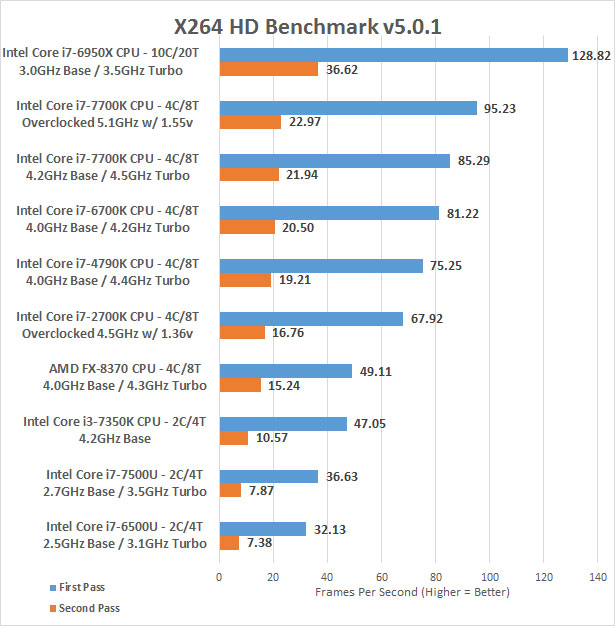 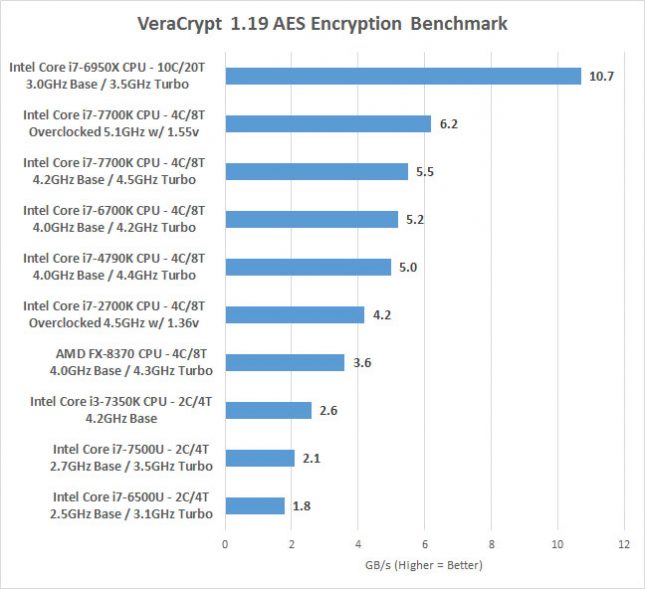 Encryption Benchmark Results Summary: If you plan on doing a ton of video editing or encryption, you are way better off with a quad-core processor as the Intel Core i3-7350K just doesn’t have enough cores to keep up!