One of the most common operations performed on a PC is moving/copying files. Using a free application called Teracopy, we copied large numbers of two file types from one folder to another on the same drive. Teracopy allows us to objectively measure the time of transfer and using the same drive prevents other devices from tainting the outcome. The operation requires the drive to perform both sustained read and writes simultaneously. The first set of files is a 5GB collection of JPG’s of variable size and compression levels with a few movie (.MOV) files thrown in for good measure since most cameras now take video as well as stills. 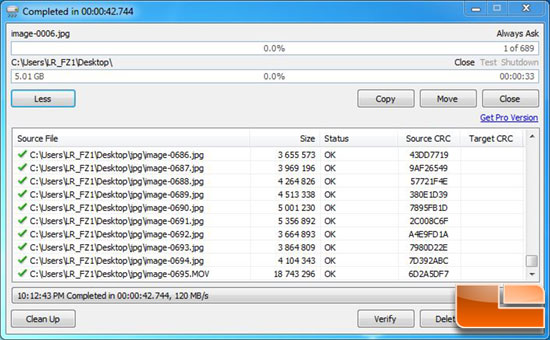 The second is a collection of MP3 files of various sizes which totals 5GB collectively. These file types were chosen due to their wide use and mixture of file sizes and compression levels. 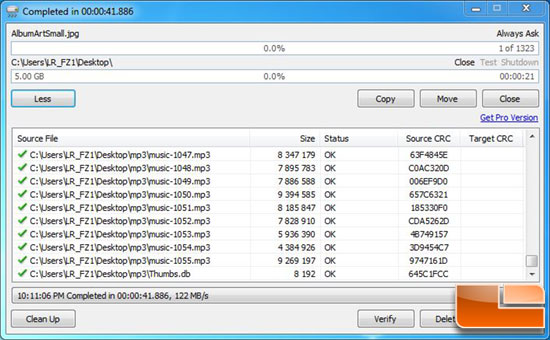 Install Results: The Intel 510 series shows performance that’s not significantly different than that of the Vertex 3 drives although in RAID 0 mode it really shines. The Plextor once again falls behind which shows what a nice job Intel did with their firmware. 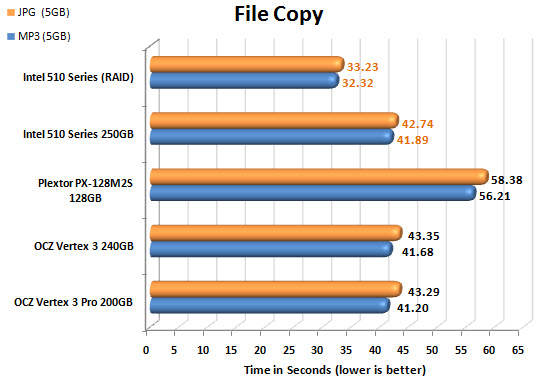 We also timed the installation of a few rather lengthy applications/suites as app installs is something everyone does and waiting for completion can be a drag. We used Adobe Dreamweaver CS5, Microsoft Office 2010 Professional and Futuremark’s 3DMark Vantage (v1.102.1901) as our test subjects with all install settings at default. Both were installed from an installer located on the target drive itself as installing from another drive, especially an optical drive, would cause a bottle-neck that would corrupt the results. The timing for these had to be done via stopwatch so there should be about a half second +/- error margin. Again, with the source and target drives being the same, concurrent read/write activity is required. 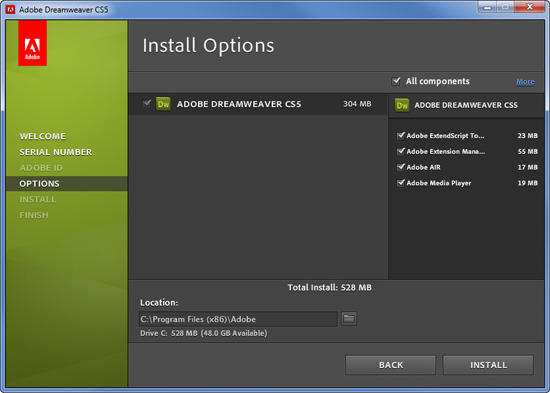 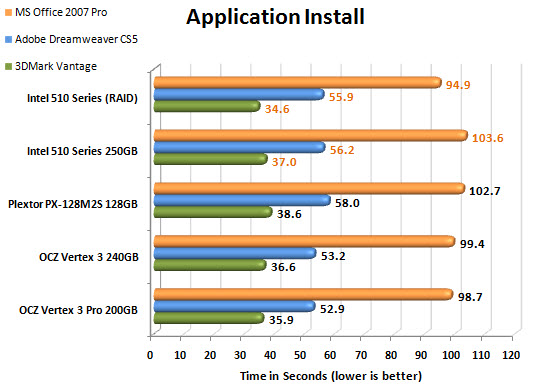 Install Results: Not much different here with the app installs although the 510 Series in RAID 0 mode lead the way in every instance.