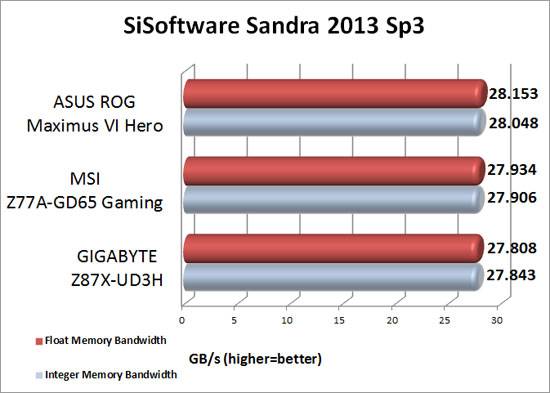 Benchmark Results: The GIGABYTE Z87X-UD3H was a hair behind our other systems today. It was still able to average 27.8GB/s memory bandwidth. Only ~.35GB/s behind the ASUS ROG Maximus VI Hero which had an aggregate performance of ~28.1GB/s.