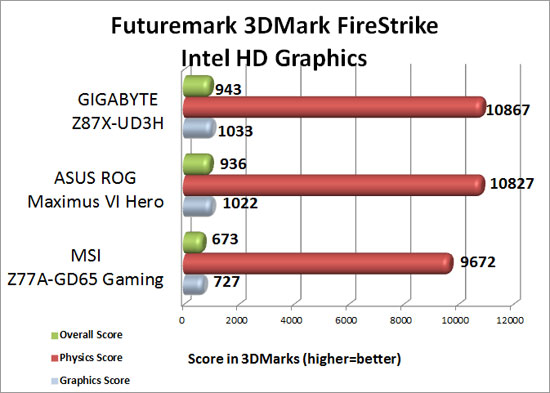 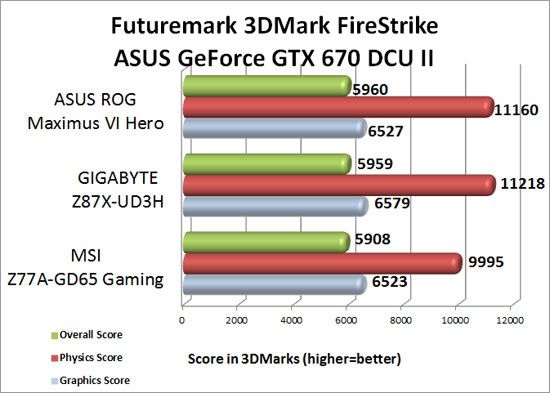 Benchmark Results: Plugging in our ASUS GeForce GTX 670 DirectCU II there is a whole point separating the GIGABYTE Z87X-UD3H and the ASUS ROG Maximus VI Hero. Compared to the Intel Z77 system the GIGABYTE and ASUS Z87 systems were in the ball park of just over 50 points ahead, though much of that score is likely coming from the ASUS GTX 670 graphics card. If we look at the Physics sub-scores we can see that our Intel Haswell systems are roughly 12% faster than the Ivy Bridge system when it comes to the processor..