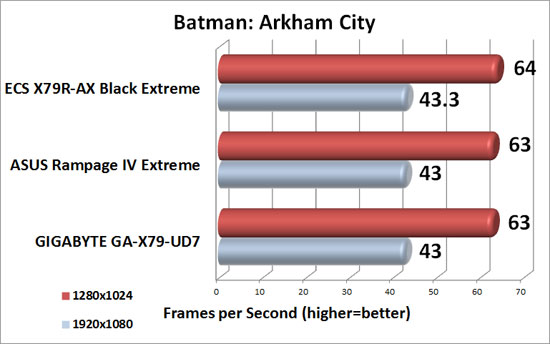 Benchmark Results: Batman: Arkham City doesn’t show off much of a difference between our boards today. The only board that saw a difference was the ECS X79R-AX. The GIGABYTE GA-X79-UD7 averaged 63 frames per second at 1280×1024 and 43 frames per second with the increased resolution of 1920×1080. These framerates in Batman: Arkham City were identical to the ASUS Rampage IV Extreme.
Questions or comments? View this thread in our forums!