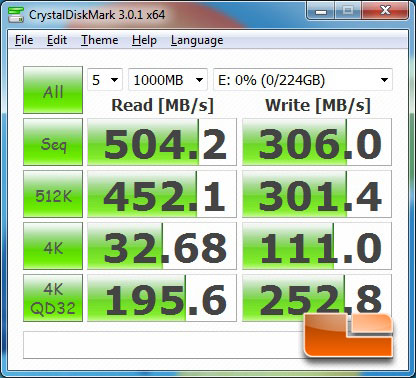 Benchmark Results: The GIGABYTE GA-X79-UD7 was a little lower than our other Intel X79 motherboards in terms of read and write performance. The sequential read of 499.9MB/s was 8.7MB/s behind the ASUS Rampage IV Extreme, granted this is only a 1.7% difference. The sequential write speed of 304.6MB/s was within 1.4MB/s of the leading ECS X79R-AX. 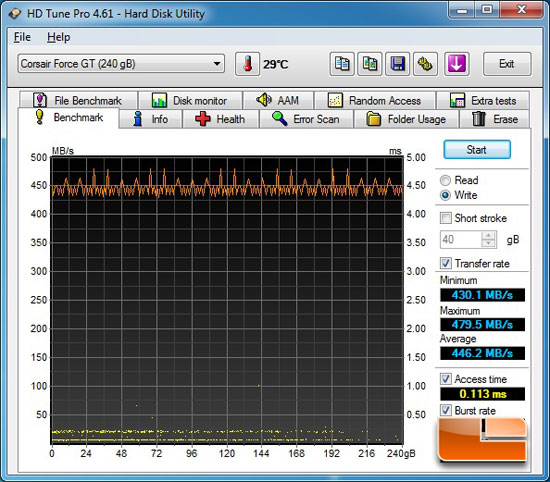